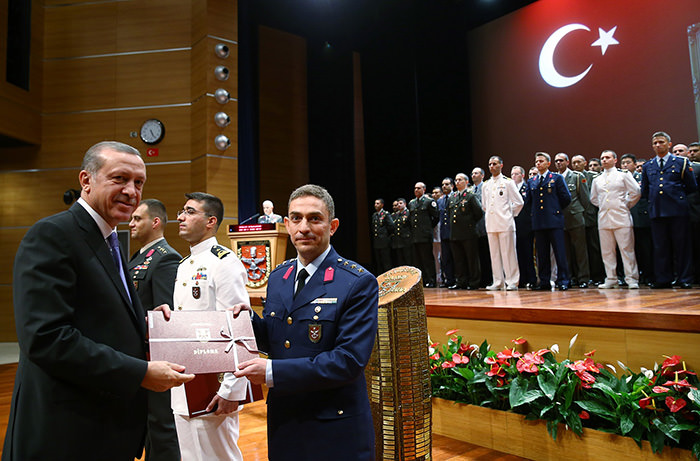 |DHA Photo
by Daily Sabah Jul 16, 2015 12:00 am
President Recep Tayyip Erdoğan has attended the Turkish War Academies graduation ceremony in Istanbul on Wednesday, in which the officers who completed their academic training received their diplomas.

President Erdoğan was welcomed to the ceremony with military honors by the commander of Turkish War Academies' General Abdullah Recep, prior to being received by the Chief of General Staff General Necdet Özel.

The graduation ceremony for 184 officers who completed their two-year academic training and received their "staff officer" title, was held at the Turkish War Academies' Atatürk Wargaming and Cultural Center.