CHP calls on Parliament to convene an extraordinary session 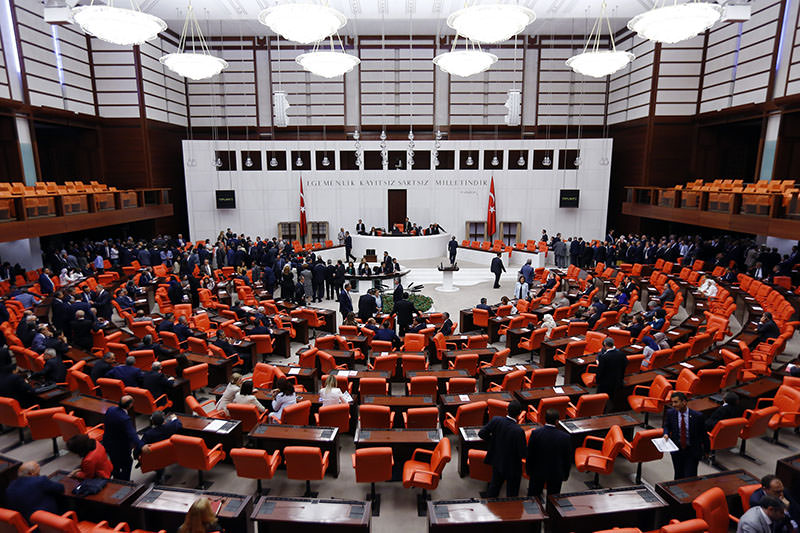 The Parliament is currently in summer recess, but if a petition is submitted to the Parliament and is signed by at least 110 deputies, then an extraordinary session can be held.

CHP group deputy chairman said their petition will include the signature of 116 deputies.

"Terrorist acts have recently escalated as the domestic and foreign policy methods, along with measures already taken, fail to mitigate the danger," said the motion.

The motion stressed the need for all political parties in Parliament to gather and put forth their views in order to investigate the causes of the Suruç bombing as well as other terror acts in Adıyaman and Ceylanpınar, and immediately take effective measures.

"It has become an obligation for the Parliament to thoroughly look into the terrorist bomb attack in Suruç and other terror acts in Adıyaman and Ceylanpınar," it added.

CHP deputies submitted another motion on Wednesday, proposing three days mourning for the 32 people killed in the Suruç bomb attack in southern Turkey as a sign of national unity.

"A parliamentary inquiry is necessary to shed light on the attack in detail, unveil the dark relations and hands behind it, and review the government policies that paved the way for the attacks," said the motion.

The motion further blamed the Turkish government's foreign policy, which it said was the primary liability in the Suruç bomb attack.