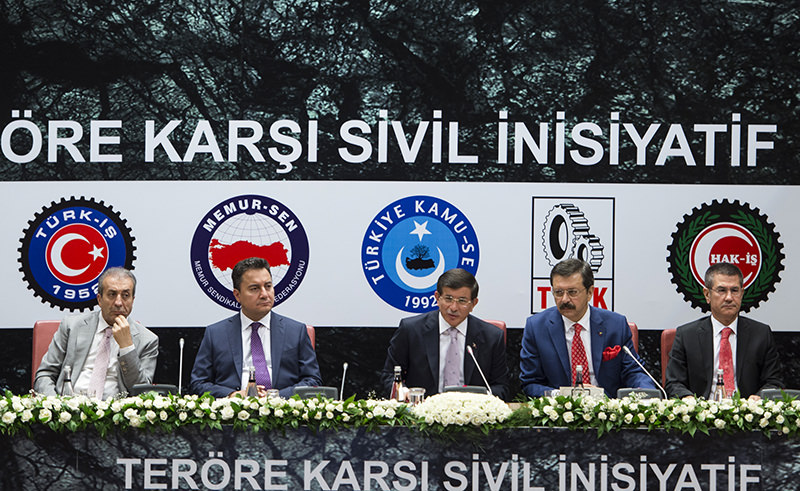 | AA Photo
by daily sabah
Jul 31, 2015 12:00 am
Prime Minister Ahmet Davutoğlu has said on Friday that Turkey will not accept a ceasefire with the PKK if people are martyred, and that operations will continue as long as threats against Turkey's national security exist.

Speaking at the "Civilian initiative against terrorism" program on Friday, Davutoğlu said that all known shelters of the terrorist organization PKK have been destroyed by the Turkish military.

"We will not agree to a ceasefire if our people are martyred" Davutoğlu said, adding that the government will not allow vandals to take over streets and disturb public order and security of the people.

Davutoğlu warned all terrorist organizations to refrain from attacking Turkish soldiers and said Turkey would retaliate by eliminating the perpetrators as a whole.