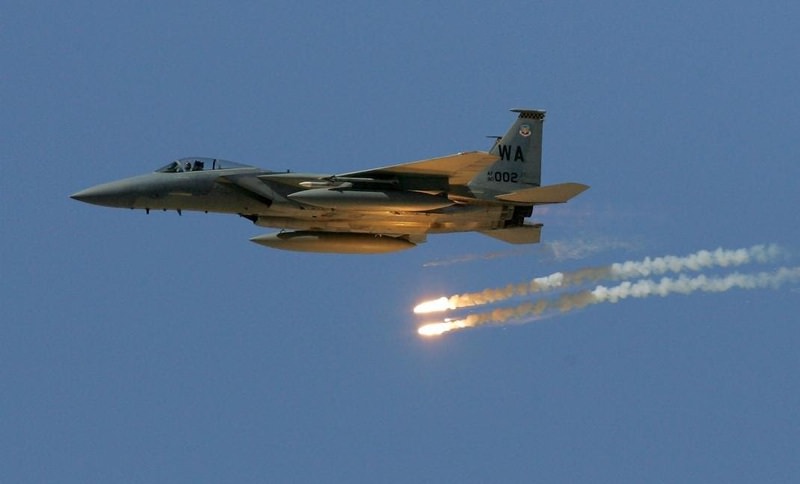 by Merve Aydoğan Aug 12, 2015 12:00 am
The town of Atmeh outside the northern Syrian city of Idlib was hit by airstrikes on Tuesday resulting in civilian casualties. It was claimed by Syrian opposition sources that the alleged US-led coalition airstrikes killed more than a dozen civilians. In addition, the allegations by a Syrian opposition group claimed that the airstrikes were conducted by a U.S.-led coalition fighter jets that took off from İncirlik Air Base in Turkey and further claimed that airstrikes destroyed an arms depot belonging to Jaysh al-Sunna.

In response to the claims Foreign Ministry officials published an official statement denying the allegations. The statement from the Foreign Ministry said: "In regard to the alleged airstrikes on targets near the Syrian town of Atmeh, no manned or unmanned coalition air forces have participated taking off from İncirlik Air Base or any other Turkish air bases. Any allegations contrary to the official statement are purely delusive and malevolent."

In early July, Ankara agreed to allow U.S.-led coalition forces to launch airstrikes in the fight against the Islamic State of Iraq and al-Sham (ISIS) from İncirlik Air Base, which is located near Turkey's border with Syria, along with three other air bases. In this regard, a Syrian opposition group called Ahrar al-Sham declared its support for the Turkey-U.S. plans to create a safe zone in northern Syria saying it "will have positive repercussions on the humanitarian, political and military levels," after the al-Qaida-affiliated al-Nusra Front rejected Turkish-American cooperation in the area.

The Free Syrian Army (FSA) commanders have also given support to Turkey as the group mostly suffers from ISIS attacks during its battle against the regime.