Davutoğlu issues 'final call' to CHP and MHP for coalition 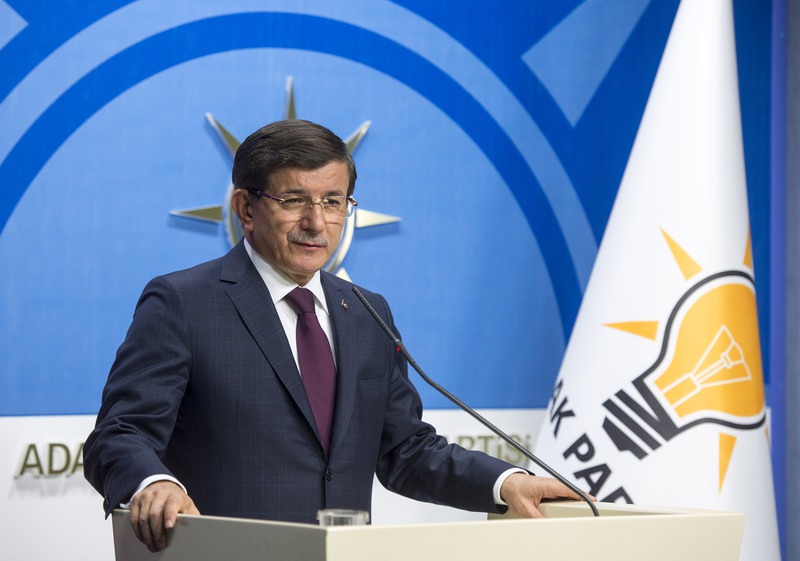 "Ahead of Aug. 23 deadline, let us do our job by taking the decision for a government [and] early election inside the parliament without the need for the president's decree," Ahmet Davutoğlu told a press conference in capital Ankara.

"I am ready to sit at the table according to with agenda, time and place [the two parties' leaders] want," said Davutoğlu.

The prime minister and Justice and Development Party (AK Party) chairman was asked by President Recep Tayyip Erdoğan to form a new government on July 9 within a 45-day timeframe that ends on Sunday.

Since July 13, Davutoğlu met with both Kılıçdaroglu and Bahçeli in abortive coalition talks.

Both leaders have also announced they would not name cabinet members for a caretaker government.

In the case that the deadline expires without a government, either President Erdoğan or the parliament may decide to hold a new election.
If a decision is issued, the polling is supposed to be held in the first Sunday following a 90 day period starting from the end of the first deadline. It suggests renewed polling might be held in November.

In his remarks, the prime minister also touched on ongoing terror acts across the country and vowed to take "every kinds of measures" to protect the democracy.

"We will not allow suspension of democracy in Turkey," said Davutoğlu and expressed resolution in the face of terror attacks across the country, most of which the Turkish Armed Forces have said were carried out by outlawed Kurdistan Worker's Party (PKK).

Davutoğlu indicated that forming a government with the pro-Kurdish Peoples' Democratic Party (HDP), in the absence of the CHP and MHP, would be a "constitutional obligation".

He reiterated that he would name the HDP cabinet members himself, although the party said it would seek to name its ministers on its own.

In a potential caretaker government, the AK Party is likely to have 12 ministers, the second-placed CHP to have seven while the MHP and the HDP will have three ministers each.

According to the Turkish constitution, the number of members to be taken from political party groups shall be determined by the parliament speaker, and shall be communicated to the prime minister.