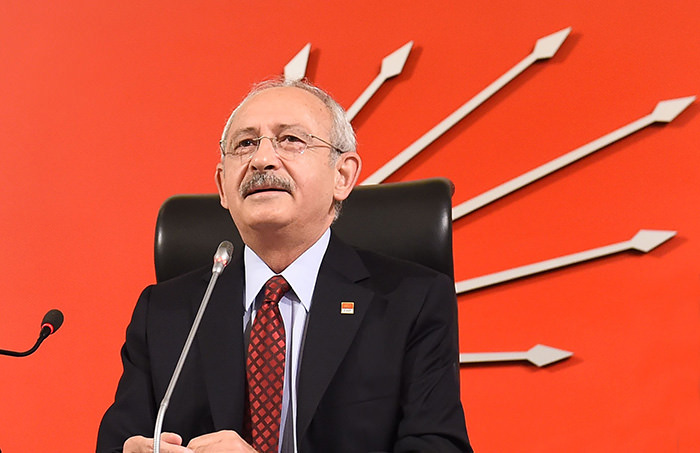 by Daily Sabah Sep 09, 2015 12:00 am
Republican People's Party (CHP) Chairman Kemal Kılıçdaroğlu has called for calm on Wednesday over the increasing terrorist activities in recent days via a statement made on his official twitter account.

"I urge our citizens to act with common sense," Kılıçdaroğlu said.

Moreover, Kılıçdaroğlu said that "We will refrain from meeting expectations of terror organization (PKK) and avoid provocations," during a press conference on Wednesday afternoon.

Kılıçdaroğlu called on political parties to "to draw clear line between them and the terror organization [PKK]."

Criticizing the recent attacks on Peoples Democratic Party (HDP) headquarters, "You may not like a certain political party, but violence on streets will play into PKK's hands," he added.

Meanwhile, Prime Minister Ahmet Davutoğlu has made a similar call over his official twitter account on Tuesday night, condemning attacks on media, political parties, and civilian property, and urged citizens to remain calm during the operations launched against the PKK terrorist group.