Nobody can declare cantons in Turkey as they wish, says PM Davutoğlu 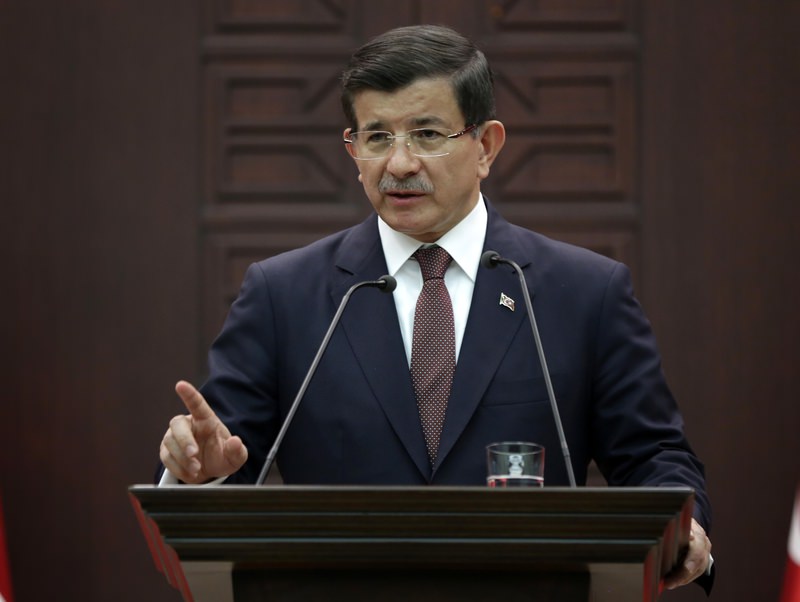 Turkish Prime Minister Ahmet Davutou011flu speaks in Ankara, Turkey, Monday, Sept. 7, 2015, a day after 16 soldiers were killed in a PKK terrorist attack in southeast Turkey on Sunday. (AA Photo)
by Anadolu Agency Sep 10, 2015 12:00 am
Turkish Prime Minister Ahmet Davutoğlu made it clear that Turkey will not tolerate local self-rule claims made by some Kurdish mayors in the country's southeast, during a TV interview on Thursday on the A Haber channel.

Davutoğlu said "This is not Syria. Nobody can announce cantons as they wish. In a democratic judicial state the administrative system and its functioning are settled."

He also spoke on out on scenes of Peoples' Democratic Party (HDP) members being barred from going to the district of Cizre in Turkey's southeast.

Cizre is currently under curfew.

"Every committee, even [his Justice and Development] AK Party committee, has to abide by the measures taken there to restore public order,"said Davutoğlu.

"When we say 'public order' everybody should follow [the rules]" underlined the Turkish prime minister.

He stated that security measures would be lifted "whenever the arms are delivered, whenever the mines are cleared, ditches are closed and conditions exist in which Cizre citizens are able to go around every neighborhood and street".

"The [curfew] will end whenever necessary... The necessary food is being supplied to residents. The curfew is not for agonizing the public. The reason for the curfew is to prevent civilian casualties due to the mix of civilians with terrorists."

"Turkey has faced serious terror attacks recently. Yet, we have been attentive to use two means against these.One of them is democracy. We never comprised from democracy. The second is public order necessary for safety," he stated.

Regarding stalled talks with the jailed leader of the PKK terrorist organization, Abdullah Öcalan, Davutoğlu said "There is not a situation which necessitates talks with Imrali [the Sea of Marmara island where Öcalan is imprisoned]. The focal point of previous [talks] was disarmament."

The talks in 2013 were framed around disarmament.

"There is no need for talks before creating this type of will, approach or perspective," said the PM with determination.

Operations against the PKK-listed as a terrorist group by Turkey, the EU and U.S.-came after it renewed attacks on Turkish security forces following the July 20 Suruç bombing that killed dozens of people.