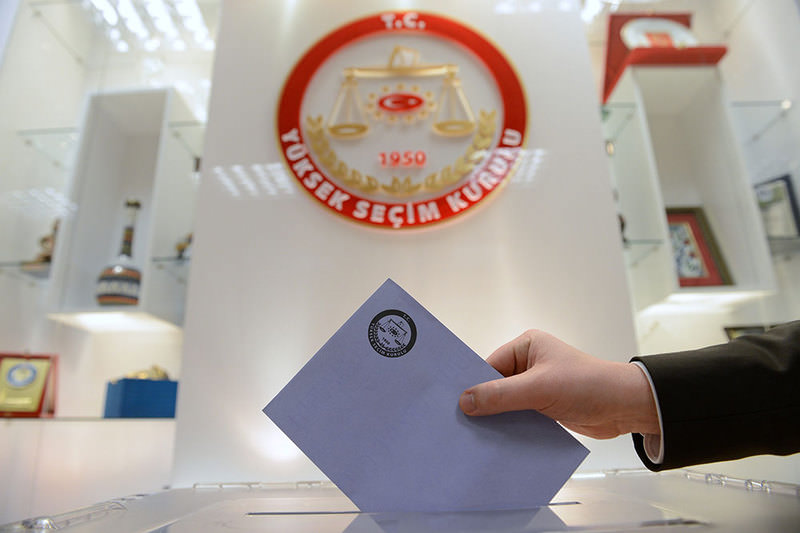 by Daily Sabah with AA
Oct 03, 2015 12:00 am
Turkey's Supreme Board of Elections (YSK) overruled Saturday ballot box relocation demands made by local election boards due to security concerns in the country's eastern and southeastern provinces ahead of November 1 snap elections.

YSK's decision was made by a majority of votes casted by board members, who are senior jurists who previously served in Turkey's Supreme Court of Appeals (Yargıtay) and the Council of State (Danıştay), the country's supreme administrative court.

Several local election boards, which are made up of political party members and senior bureaucrats serving in the area, had earlier decided for the relocation of some ballot boxes to safer neighborhoods due to security concerns in Cizre, district of Şırnak, Yüksekova, district of Hakkari, Ceylanpınar, district of Şanlıurfa and Silvan, district of Diyarbakır provinces all located in Turkey's southeast.

All these locations had witnessed increased terror activity by PKK terrorists in recent weeks that included barricades, bomb traps and attacks on security forces in urban settlements. The government and security forces responded with curfews and operations to ensure the security of daily life along with the upcoming elections. The PKK is listed by Turkey, the EU and the U.S. as a terrorist organization.

The issue was highly contested between the ruling Justice and Development Party (AK Party) and opposition parties as a whole, and especially by the pro-Kurdish Peoples' Democratic Party (HDP) that has significant presence in the region.

In an interview with a Turkish newspaper on Monday, HDP spokesman Ayhan Bilgen said his party was considering an election boycott if the YSK accepted requests to combine voting.

In response to Bilgen's statement, Turkish Prime Minister Ahmet Davutoğlu said: "That statement is in fact an expression of their distrust for the polls. If the YSK, which is an independent institution of Turkey, deems this necessary for election security, everybody has to respect this."