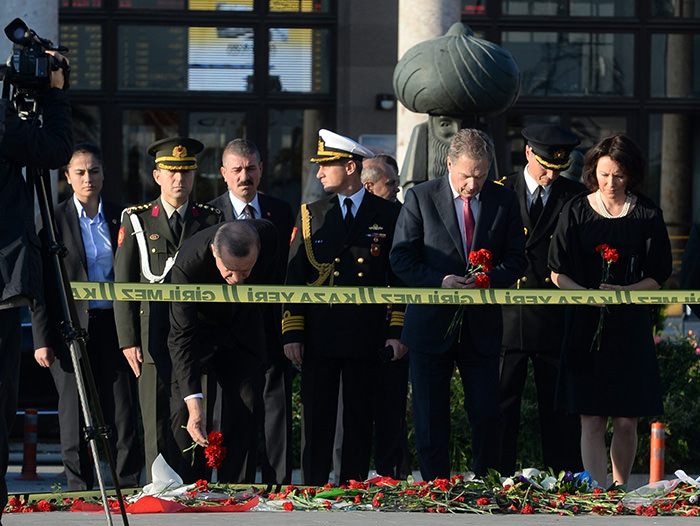 by daily sabah
Oct 14, 2015 12:00 am
President Recep Tayyip Erdoğan laid carnation flowers at the scene of the Ankara terror attack on Wednesday with his Finnish counterpart Sauli Niinistö, who is in Turkey for an official visit.

President Erdoğan visited the area of the bombing and laid flowers and stood in a moment of silence with the accompanying officials.

Interior Minister Selami Altınok also laid flowers at the scene after the president left the scene.

The blasts have shaken Turkey as the country faces a general election re-run on Nov. 1, counter-terrorism operations in the southeast and an ongoing civil war on its southern border in Syria.