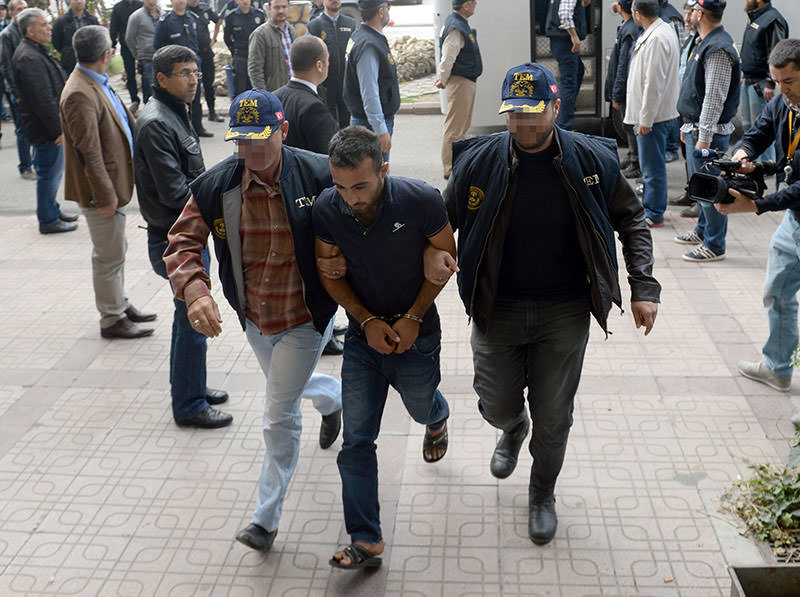 | AA photo
by daily sabah
Oct 18, 2015 12:00 am
Four of the six suspects of the twin suicide bombings that hit Ankara on October 10 were arrested by the Ankara Criminal Court of Peace late Sunday.

Earlier on the same day, six of the 11 suspects were referred to court to be arrested, while four other people were released. It was decided that the remaining suspect was to be released on a judicial control decision following the completion of judicial proceedings.

The twin suicide bombings in the capital last Saturday claimed 102 lives and injured hundreds at a peace rally.

Eleven suspects, who were detained as part of the investigation launched after the attack, were brought to the Ankara courthouse by counterterror units Sunday morning. A large number of policemen were deployed inside and outside the courthouse.

Fourteen people had been taken into custody as part of the investigation. Three suspects, who were detained due to suspicious posts on Twitter, were later released.

The blasts have shaken Turkey as the country faces a general election re-run on Nov. 1, while counterterrorism operations continue in the southeast and an ongoing civil war rages on along its southern border in Syria.
Last Update: Oct 18, 2015 10:21 pm