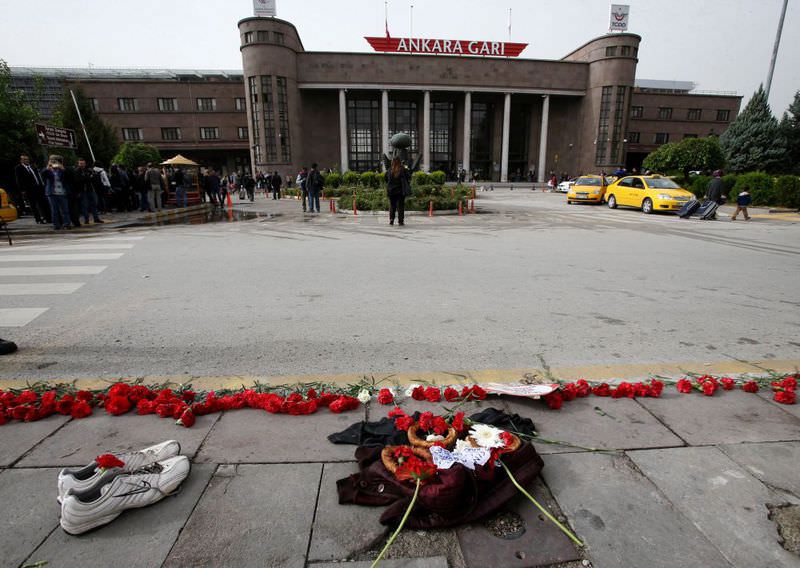 As security officers continued to work to reveal the perpetrators of the twin bombings in Ankara, along with the brother of the suicide bomber who carried out the Suruç bombing, recent findings indicate that the other suspect might be a foreign national ISIS militant

Following the twin suicide bombings in Ankara that killed more than 100 people and left hundreds more wounded, dozens of whom were hospitalized and in intensive care, the latest findings from the investigation by Turkey's security forces reportedly reveal a strong connection to ISIS.

Investigators now believe one of the bombers is a foreign national with links to ISIS. Forensic scientists are yet to match up the DNA sample from the bomber's remains with samples taken from the families of suspects. Sources indicate that the bomber was an ISIS member.

According to reports, 33 suicide vests were seized in a joint operation launched by the National Intelligence Organization (MİT) and police in October 2014. As the vests show similarities with the equipment used in Ankara, police have stepped up efforts to capture the suspects. The Ankara chief prosecutor has also reported that there are strong indications of an important connection between the Suruç suicide bombing attack that killed 33 people in late July and the one in Ankara.

Moreover, experts involved in the investigation have said the bombs used in Ankara show many similarities to the one used in Suruç. Deputy prime minister and Justice and Development Party (AK Party) spokesman Numan Kurtulmuş also confirmed that the way the attack was carried out and how the explosives were detonated resemble the July 20 Suruç suicide bombing.

The suicide bomber who killed himself and 33 other people – as well as injuring 75 more – in Suruç this past July has been identified as Şeyh Abdurrahman Alagöz, 20, a Turkish citizen who traveled illegally to Syria in 2014. Suruç is located some 10 kilometers north of the Syrian town of Kobani. The suicide bombing took place in the garden of Suruç's Amara Culture Center.

Prime Minister Ahmet Davutoğlu said a total of 12 suspects are in custody in the investigation into the Ankara bombing. Police also detained two suspects affiliated with the PKK terrorist organization due to Twitter accounts from which tweets were sent indicating a "bomb" in Ankara prior to the bombing.