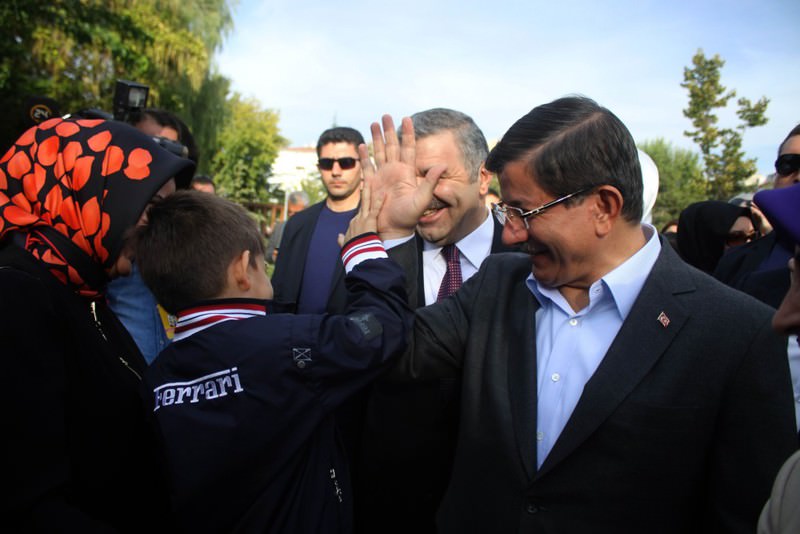 As Turkey counts down to the Nov. 1 elections with four political parties looking to preserve their presence in Parliament, the most awaited answer to whether the AK Party will reclaim its majority to form a single-party government appear to be positive. The AK Party is to receive nearly 44 percent of the vote according to the latest polls

With less than two weeks left until the Nov. 1 elections, research companies are publishing their latest findings, with one of the most recent being from MAK Consulting that revealed that the Justice and Development Party (AK Party) currently ranks as the majority party with 43.5 percent. Additionally to MAK's findings, PollMark, which is also a leading research company, revealed that the AK Party's support has increased to 43.9 percent. After the June 7 elections, no political party was able to gain a majority. After rounds of negotiations, the parties failed to agree on a coalition government.

With both polling companies revealing a significant increase in support for both the AK Party and the Republican People's Party (CHP), 51 percent of MAK participants indicated the AK Party will gain a majority and form a single-party government.

The public opinion survey conducted by MAK, face-to-face with 5,500 respondents, further showed a significant decrease in support for the Peoples' Democratic Party (HDP), with the party only getting 11.8 percent, a 2 percent drop from their result in the June 7 elections. The PollMark survey, which interviewed 5,184 people, showed the support for the HDP being 12 percent while the support for the Nationalist Movement Party (MHP) increased to 14.8 percent.

MAK survey respondents said the recent terror attack in Ankara, which left more than 100 people dead and many more wounded, was an attempt to destabilize Turkey. Furthermore, both surveys revealed that participants believe terror is the most important issue at the top of the country's political agenda, with the elections and the economy the second and third most important. It is also expected that expat votes will significantly change the percentage.