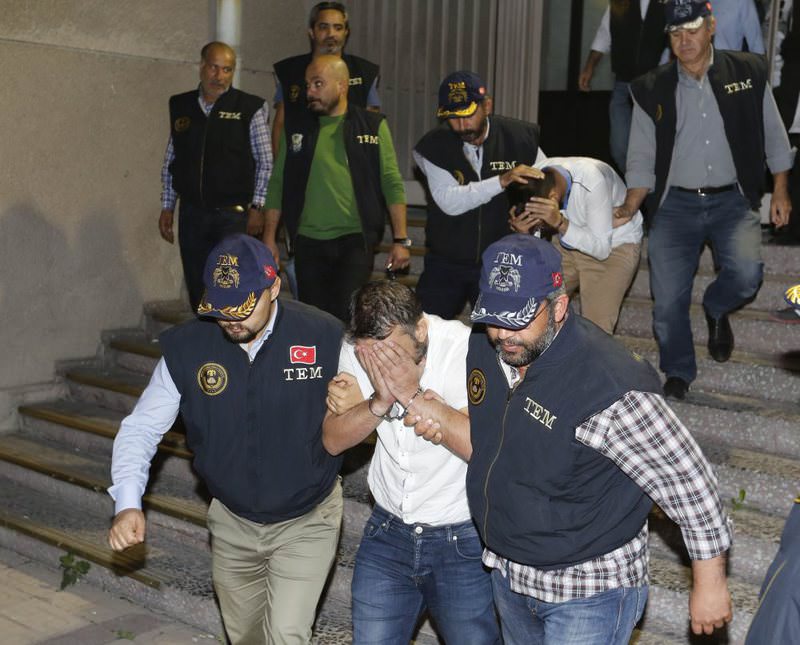 by Merve Aydoğan
Oct 22, 2015 12:00 am
The National Security Council (MGK) met on Wednesday under the chairmanship of President Recep Tayyip Erdoğan to discuss critical items on the agenda, including security for the Nov. 1 elections and a comprehensive strategy to combat terrorism by the PKK and the ISIS. The MGK meeting was attended by all ministers who discussed the recent terror attacks and security precautions for the elections.

As the U.S. air force recently dropped 50 tons of small arms ammunition and grenades to the PKK Syrian affiliate, the Democratic Union Party (PYD), in the northern Syrian province of Hasakah, Prime Minister Ahmet Davutoğlu reiterated Ankara's concerns over the U.S.'s munitions aid due to the possibility of the PYD transferring weapons to the PKK, ultimately posing a threat to the country. In this regard, the MGK determined a road map in the case of the PKK acquiring U.S.-supplied ammunition.

Since the last MGK meeting in September, the PKK has rapidly increased its terror attacks causing both civilian and security officers' deaths. Additionally to the PKK's terror attacks, Ankara recently experienced a deadly twin suicide bombing that killed more than 100 people and injured hundreds more. Because of the developments of these terror attacks in Turkey, a new equation entered the MGK agenda referred to as "multi-terror threats." In this new equation, the MGK meeting discussed new strategies. As Davutoğlu had previously said that the Ankara bombing could include more than one terrorist organization, the MGK discussed the possibilities of the PKK, ISIS, the Revolutionary People's Liberation Party-Front (DHKP-C) or Marxist-Leninist Communist Party (MLKP) conducting joint attacks and the security measurements that could be taken to prevent it. With Nov. 1 approaching, the MGK also discussed enhancement of security measurements for the elections.

With the Russian airstrikes in Syria, new developments have emerged throughout the region. In this regard, the MGK discussed Russia's involvement as well as its number of airspaces, in a briefing from Abidin Ünal, the commander of the Turkish Air Force's Combatant Air Force Command.

In addition, it has been reported by various sources that the recent Russian airstrikes have caused civilian casualties as well as members of moderate opposition groups. Furthermore, not only Turkey, but also many international organizations are concerned over a new wave of refugees caused by the Russian airstrikes. With such developments in Syria, the MGK discussed the status of Syrian refugees as well as issues concerning the refugee crisis.

While the government continues its devoted efforts to combat threats against it domestically and internationally, the fugitive imam Fethullah Gülen faces a life sentence as prosecutors yesterday presented an indictment charging him and 67 others with an attempt to overthrow the democratically elected government. With the new indictment on the "parallel structure," a name attributed to infiltrators from the Gülen Movement in key posts in the judiciary and police, the MGK meeting reaffirmed to continue its ongoing combat against the Gülen Movement.

The Gülen Movement is a transnational movement led by the U.S.-based imam Fethullah Gülen. It is accused of wiretapping thousands of people including government officials and encrypted phones. It has over 140 private schools around the world including in the U.S., Europe, Asia and Africa. It has been accused of infiltrating state institutions in Turkey and trying to overthrow the government. Government officials have continuously expressed their determination to continue to lawfully fight the Gülen Movement, whose followers are accused of infiltrating state institutions to gain control of state mechanisms and illegal wiretapping, forgery of official documents and spying.