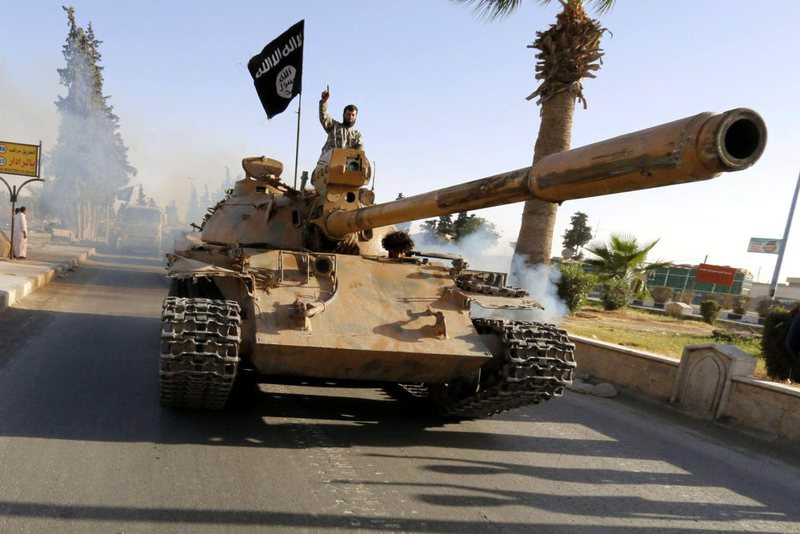 A Turkish military document reviewed by Daily Sabah indicated the military hit ISIS positions in northern Syria following the deadly twin suicide bombing in Ankara. The investigation into the bombing found that the attacks were linked to ISIS, and authorities are searching for four other suspected ISIS suicide bombers

A Turkish military document seen by Daily Sabah revealed the Turkish military hit ISIS positions in northern Syria following the deadly twin suicide bombing in Ankara on Oct. 10. The investigation into the bombing found that the attacks were linked to ISIS. The document says Turkish F-16 jets destroyed 22 targets in 18 air operations since Aug. 28 when Turkey officially joined the anti-ISIS coalition's military operations. Some of the ISIS locations included on Turkey's hit list were in the vicinity of Abu Kamal, Suran, Deir ez-Zor, Raqqa and Washiyah. Turkey also increased its participation in air campaigns between Oct. 10 and Oct. 18 after the bombings in Ankara claimed over 100 people's lives, hitting seven targets in eight operations in one week.

One senior security official, speaking on condition of anonymity due to government protocols, said Turkey was fighting terrorism on two fronts, pointing to Kurdish-separatist PKK attacks that left dozens of police officers and soldiers dead since last July when the reconciliation process between the PKK and the state collapsed. Turkey also regularly targets PKK strongholds in Northern Iraq."The PKK has been a national security threat for 30 years and we have launched a unilateral campaign against this terrorist organization. The anti-ISIS campaign is a multilateral effort that we are contributing to," the official said.

The official also said two campaigns do not mean a zero-sum game that undermines each other's objectives, but rather to make the region safer.

Ankara opening Turkey's airbases to coalition forces and its later joining in the air operations was welcomed by U.S. President Barack Obama and the U.S. administration as a significant step. But it also has drawn ire from ISIS, as it has increased its attacks since the Diyarbakır bombing of a Peoples' Democratic Party (HDP) rally last June before the elections.

Coalition spokesman Colonel Steve Warren last week said Turkey had been a tremendous partner and part of the coalition. Despite early Turkish media reports suggesting Turkey did not strike ISIS targets until October, Warren said Turkey had been part of the military operations since late August. "We value their contributions and we value their continued participation and their continued contributions." he said.

The suicide bombings in Ankara– the deadliest attack in modern Turkish history – were set off by two suspected suicide attackers in a crowd of leftist, pro-Kurdish and union activists at a peace rally. The attacks near Ankara's main train station left the bodies of dead demonstrators strewn across the ground.

The Ankara Public Prosecutor's Office confirmed in a statement on Oct. 19 that one of the suicide bombers in the Ankara twin suicide bombing was identified as an ISIS-linked terrorist named Yunus Emre Alagöz, the brother of the Suruç suicide bomber. Thirteen people have been detained on suspicion of being involved with the attack so far as the investigation proceeds.

Prime Minister Ahmet Davutoğlu recently claimed that the Syrian regime, ISIS and the PKK made an agreement in May to attack anti-Syrian regime forces.

"ISIS, the PKK and the [Syrian] regime sat around a table on May 28 in Hasakah [in northeastern Syria] and reached an agreement to attack the opposition," he said in a live interview on the private Show TV channel.

"The reason we did not attack the PYD [Democratic Union Party] is not its innocence; we will if it is required. We will do what is necessary for Turkey's safety," Davutoğlu said.
RELATED TOPICS