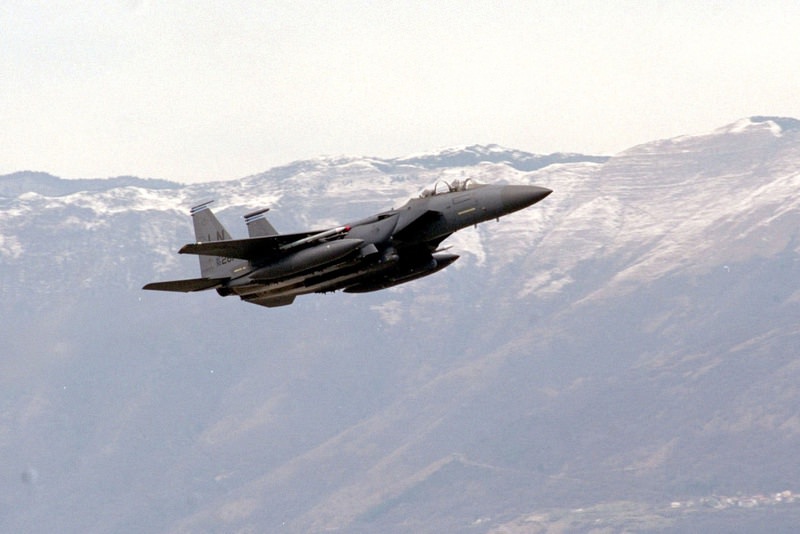 by Daily Sabah with AA Nov 10, 2015 12:00 am
The U.S. will deploy additional F-15E multi-role fighters to the İncirlik Air Base in Turkey, the Pentagon said Tuesday.

The Pentagon announced earlier this month that it would send about a dozen F-15 fighters to the air base in Adana. Last Friday six F-15C air-to-air fighters from the Royal Air Force Lakenheath arrived at the site.

"We also announced that we will deploy additional F-15Es to İncirlik as part of our counter-ISIS operations," he said "Details on the number and the arrival timeframe of those aircraft are still being determined. We expect they will be arriving soon."

"Beyond air operations, we will continue our dialogue with Turkey to evaluate option on the most effective means of countering ISIS, including along its borders, in a manner that promotes Turkey's security and regional stability," Cook said.
There appears to be another dynamic to reinforcing İncirlik that is related to Russian intervention in Syria. The commander of U.S. and NATO forces said Turkey is one of the alliance's oldest allies but the complex situation surrounding it has caused the group to view the beef up at İncirlik from two angles.

"One venue to provide some increased support to OIR, [Operation Inherent Resolve against ISIS]. Secondarily, to show in the NATO sense, support to our Turkish ally as we help them to address their concerns about their airspace," said Gen. Philip Breedlove. He said the U.S. might contribute to efforts to protect Turkish airspace.

Russian aircraft recently violated Turkey's airspace and drew a harsh reaction from NATO. NATO leaders pledged support for the protection of the alliance's southern flank. Noting Turkey's concerns about its airspace, Breedlove said that NATO and the U.S. are looking at some options, which he did not detail.
Last Update: Nov 11, 2015 1:33 pm
RELATED TOPICS