Akşener expected to announce run for MHP chair on Monday 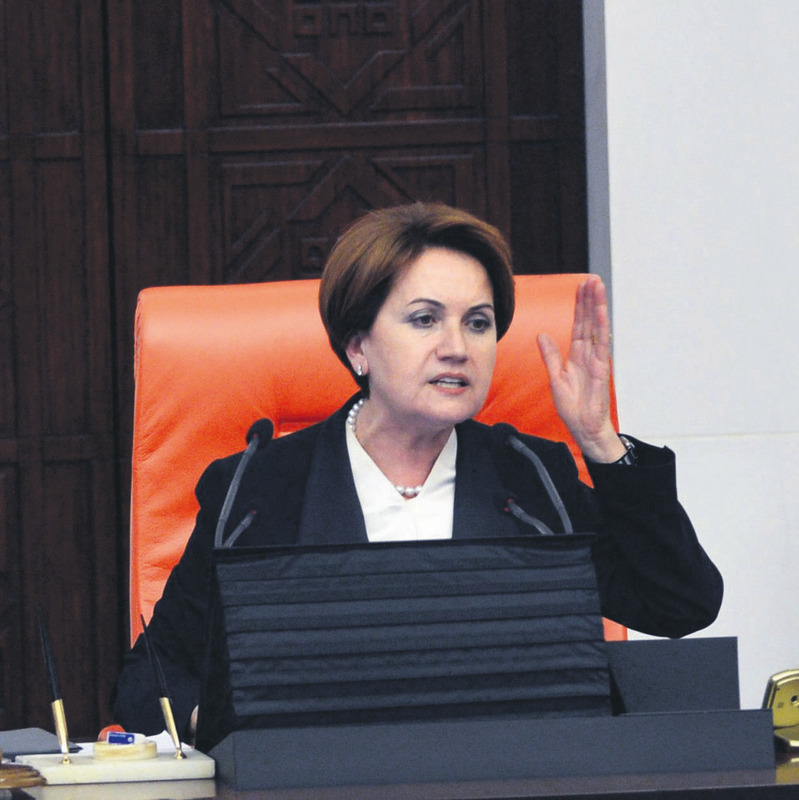 by Emre Özüm Nov 25, 2015 12:00 am
After the Nationalist Movement Party's (MHP) dramatic loss of votes in the Nov. 1 election, criticism of MHP Chairman Devlet Bahçeli began and possible candidates to challenge him for the position are becoming clearer. Former Parliament deputy chairwoman from the MHP, Meral Akşener, who was not included on the MHP's candidate list for the Nov. 1 elections despite having a strong voice in the party, announced she will hold a press conference next Monday to announce her candidacy for the MHP leadership. She has stronger support than other possible candidates.

Bahçeli has the MHP congress slated for March 18, 2018, but party dissidents do not want to sit and wait until then. For this end, Turkish media outlets speculate that opponents in the party are making firm progress in acquiring the 249 signatures necessary to call an extraordinary congress. However, the 2009 change in the MHP code does not allow for the election of leadership. Therefore, Dr. Sinan Oğan, who was expelled from the party after the June 7 elections but reclaimed his membership following a court decision, announced his candidacy and called for an extraordinary congress, not an early election, but for changes to the party code.

Meanwhile, Bahçeli and his supporters are keeping a close eye on possible candidates and their supporters. Some sources in the MHP believe Bahçeli will try to expel future opponents for the chairmanship from the party in order to block an extraordinary congress. In addition to Akşener, Oğan and Koray Aydın are also assumed to be keen for the post.
RELATED TOPICS