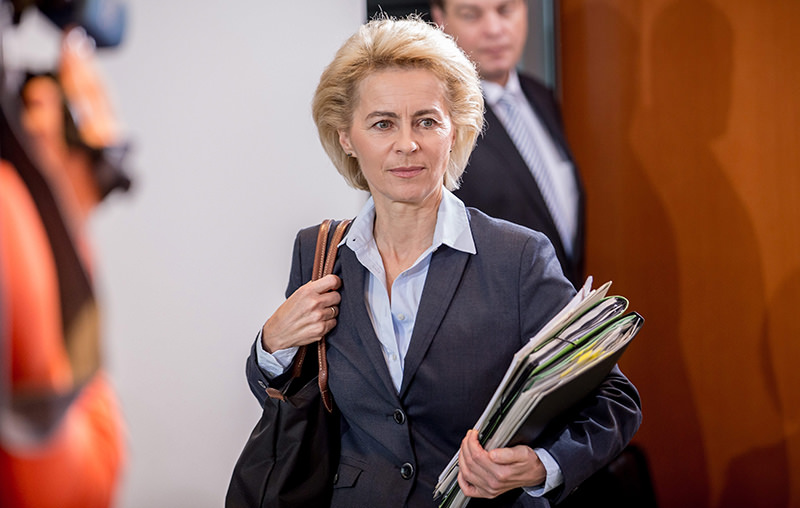 According to the German diplomatic sources, the meeting will be centered on the steps to be taken on the international counter terrorism in the aftermath of Paris attacks that claimed 130 lives.

The German government aims to deploy six warplanes for reconnaissance missions, a tanker aircraft and a warship in the Mediterranean said the sources, adding Berlin was to send two planes and 550 personnel in advance.

The country and the location where the planes will be deployed has yet to be decided, said the sources, as Turkey's authorization and a memorandum of understanding are needed to deploy the planes at Turkey's İncirlik base.

During a cabinet meeting on Tuesday, the German government signed the resolution to provide additional military support to international coalition against Daesh in Syria.

The resolution is to be submitted for the approval of the parliament this week.

So far, Germany has refrained from an active military role in airstrikes against Daesh but focused on equipping and training Kurdish Peshmerga forces in northern Iraq, which have recently cleared several areas of Daesh in Iraq, including the town of Sinjar near Mosul.

Around 100 German soldiers are currently stationed in the northern Iraqi city of Irbil in order to train Peshmerga forces.

The German army, or Bundeswehr, currently has around 3,000 soldiers stationed abroad, for international peace and stability operations.