American media outlets fooled by anti-Erdoğan circles in US 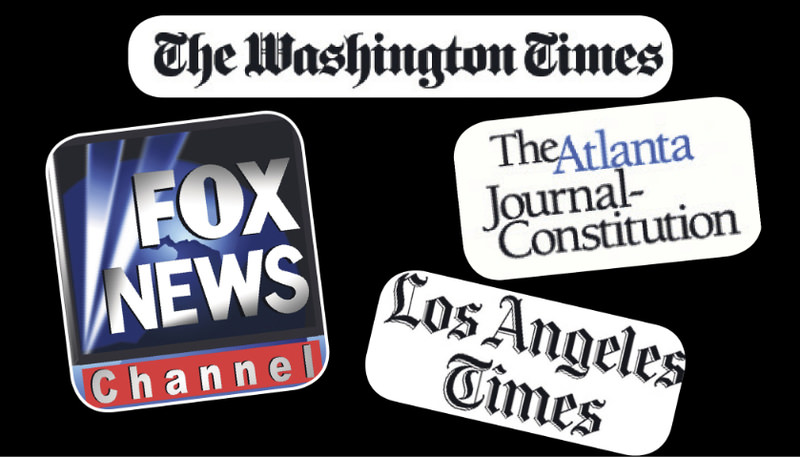 by Yunus Paksoy Dec 03, 2015 12:00 am
U.S. media outlets angered many in Turkey when President Recep Tayyip Erdoğan's slightly altered name was presented as one of the suspects in the San Bernardino shooting that left at least 14 people dead on Wednesday.

The news came as a shock when the fake name "Tayyeep bin Ardogan" was reported as the second suspect of a shooting incident in San Bernardino, California. The false report is believed to have spread following the tweet of a Los Angeles Times reporter, Rick Serrano. Serrano's tweet read: "#SanBernardino police just released the name of one suspect as Tayyeep Bin Ardogan, a 28-year old Qatari citizen."

In the wake of the tweet, the false name was reported also in Fox News, the Washington Times, the Atlanta Journal Constitution, Mediaite and elsewhere. Later on, the Los Angeles Times reporter deleted his tweet and posted another one: "SB police clarifying that 2nd name was not released by them. Appears now to be a hoax. We are disregarding."

The shocking misinformation stirred controversy about whether the act was deliberate or not. Recently, the Russian media has embarked on a calculated defamation campaign against President Erdoğan and his family following the downing of a Russian military jet. Russian media outlets published a photo in which Erdoğan's son is seen with two men identified as DAESH militants. In fact, the two are the owners of a well-known restaurant in Istanbul, Turkey. Furthermore, Russian media did not stop there and went on to smear Turkey by alleging that it is deeply involved in oil trading with DAESH adding that President Erdoğan and his family directly benefit from the oil trade.

The New York Times also published an article on Nov. 24, in which President Erdoğan was mocked and depicted as being in the service of DAESH.

Speaking to Daily Sabah about the misinformation in the U.S. media and perceived defamation campaign against President Erdoğan, Yıldıray Oğur, a columnist for the Türkiye daily, said he believes that defamation campaigns are operations launched by foreign intelligence services and planned acts. "We are used to these campaigns as we have seen recently with Russia blaming Turkey of trading oil [with DAESH]. Russia and Iran make their propaganda out of it," Oğur said.

Stressing that such lies come to be true in time when they are repeated over and over again, Oğur highlighted regarding the disinformation in media outlets affiliated with the PKK terrorist organization. "Even though these lies have no grounds at all, they should be taken more seriously," he added.

Serdar Karagöz, the editor-in-chief of Daily Sabah points out that the circles and communities that have problems with Turkey might be the perpetrators of this incident. He said: "Although intelligence services seem as the usual suspect, I think the Armenian diaspora in the U.S., the Gülen Movement or those close to the Assad regime should be taken into account when looking at such defamation-driven incidents." Karagöz stresses that unless such claims are fact-checked as part of journalism standards, the anti-Turkey groups could easily "fool" U.S. media with such traps.
Last Update: Dec 03, 2015 7:03 pm
RELATED TOPICS