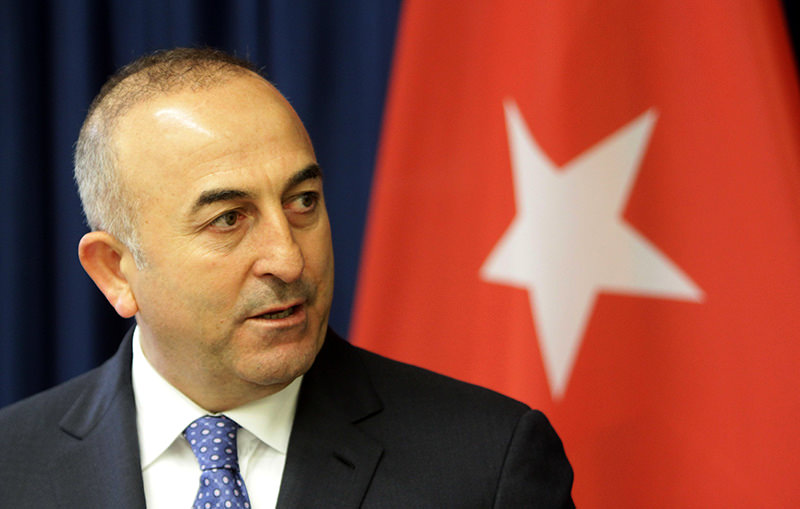 by Daily Sabah Dec 07, 2015 12:00 am
Foreign Minister Mevlüt Çavuşoğlu said Monday that airstrikes alone are not enough to eliminate DAESH, and that an effective ground force of fighters from moderate opposition groups is necessary. Speaking on news channel Kanal 24, Çavuşoğlu said that it is Turkey's duty to protect the soldiers training the moderate opposition groups near Mosul.

"The purpose of Turkish soldiers being in Iraq is well known," Çavuşoğlu said, adding that they are there to provide training and advice in the fight against DAESH.

Çavusoğlu emphasized that Iraqi Prime Minister Haider al-Abadi had repeatedly requested more active Turkish support against DAESH and said he believed the other countries played a role in Iraq's reaction to the deployment, without elaborating on the "other" countries he was referring to.

The foreign minister also talked about Turkey's relations with Iran, and noted that Turkey did not support sanctions against Iran since they are regarded as "neighbors," but added "We do not support their sectarian policies either."

He said that Iran's sectarian policies pose a danger to the region, while noting that there is no crisis between the two countries.

On Dec. 4, 150 Turkish soldiers equipped with heavy weapons arrived to the outskirts of DAESH-held Mosul in Northern Iraq.

Turkish soldiers have been in the region to train Kurdish peshmerga forces and Arab troops for the past two-and-a-half years. Turkmens from Tal Afar who fled DAESH in northern Syria will also be trained according to reports.

Iraq's Foreign Ministry summoned the Turkish ambassador to Baghdad on Saturday over the deployment of Turkish forces near the northern Iraqi city of Mosul and demanded their immediate withdrawal.

On Sunday, Prime Minister Ahmet Davutoğlu informed his Iraqi counterpart about the military training program in progress in Bashiqa, duties and activities of Turkish soldiers and current developments about the matter, noting that Turkey will not deploy more troops to Bashiqa until Iraq's concerns about the matter are appeased.