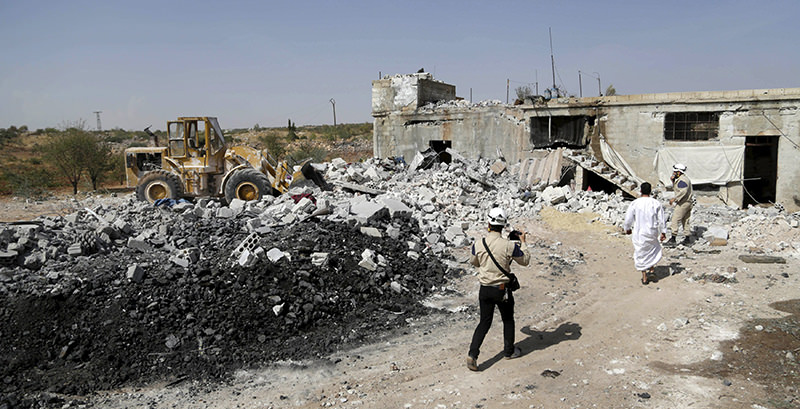 Civil defence members walk next to a site hit by what activists said were airstrikes carried out by the Russian air force at Ehsim town in the southern countryside of Idlib, Syria October 3, 2015 (Reuters Photo)
by Anadolu Agency Dec 08, 2015 12:00 am
Syrian regime forces, supported by Russian jets, continued to target Turkmen villages in Latakia province, local sources told Anadolu Agency.

The sources said the Assad regime and Russian warplanes have targeted Turkmen villages in the Jabal al-Akrad area constantly since Monday night in a fresh round of assaults.

Thousands of Turkmen have been displaced by the fighting around Bayırbucak.

Over the last several weeks, approximately 2,000 Syrian Turkmen, fleeing the violence in their home country, have arrived in southern Turkey.

Turkmen are a Turkic ethnic group largely based in Syria and Iraq, where they live alongside large Arab and Kurdish populations.