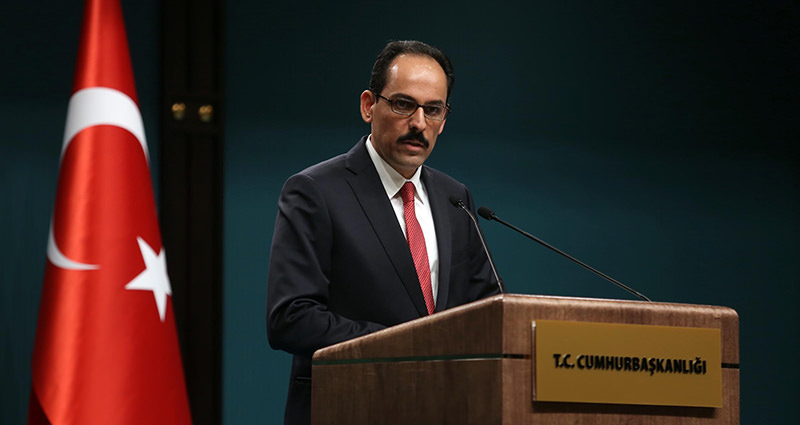 by Daily Sabah Dec 09, 2015 12:00 am
Presidential Spokesman İbrahim Kalın on Wednesday said that only 9 to 10 percent of Russian airstrikes in Syria targeted Daesh, while the remaining 90 percent targeted moderate opposition forces.

Speaking at a press conference, Kalın said that Russian airstrikes mainly targeted the moderate opposition forces and Turkmens rather than Daesh.

He said that Turkey opened İncirlik base to hit Daesh terrorists and has deported over 2700 suspects, most of who arrived from Europe to join Daesh in Syria.

"It is not possible to resolve the refugee crisis, -which has become a global concern- without finding a resolution to the Syrian conflict" Kalın said, adding that the moderate opposition forces should move in unison and cohesively.

With regards to the tensions between Turkey and Russia, Kalın said that it is significant to utilize diplomatic efforts.

"Turkey does not have a problem with Russia striking Daesh targets in Syria, as it also fights against the terrorist organization" Kalın said, adding that Turkey is against Russia targeting civilians rather than Daesh.