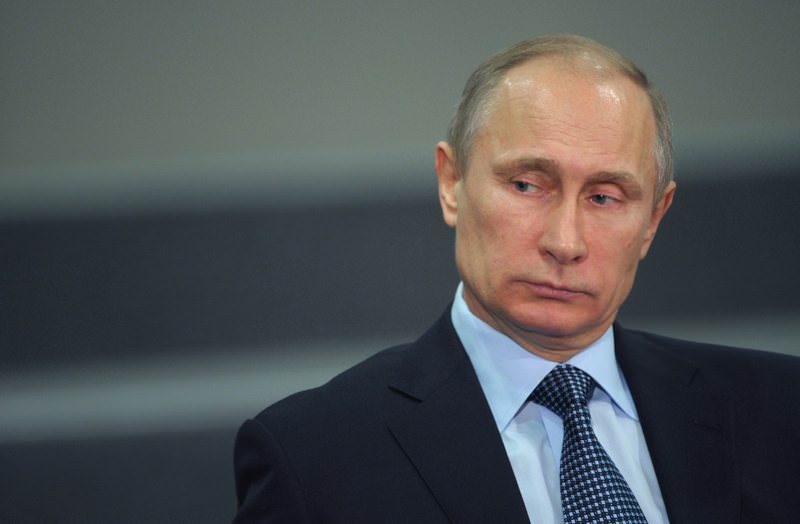 by Daily Sabah Dec 10, 2015 12:00 am
Mahir Akkar, a suspect in the Ergenekon case, filed a criminal complaint on Wednesday against Russian President Vladimir Putin and Deputy Defence Minister Anotoly Antonov on grounds of "insulting the President" and "defamation."

In the letter of denunciation he submitted to the Ankara Public Prosecutor's Office, Akkar said that the President can be criticized as long as "the boundaries of criticism are not exceeded."

"This is a democratic right but we cannot turn a blind eye to defamation against our President by other Presidents or officials," he said, adding that Russian officials should be punished for their defamation and smear campaign -which was initiated as retaliation to Turkey's downing of a Russian SU-24 warplane that violated its airspace - that the family of President Recep Tayyip Erdoğan is allegedly "involved in oil trade with Daesh terrorist organization."

Akkar demanded in the letter that a criminal case against Putin and Antonov be initiated.

A warplane of unknown nationality, which turned out to be a Russian-made SU-24 jet, entered Turkish airspace on November 24. It was downed by Turkish F16 fighter jets patrolling the border, upon the Russian pilot's refusal to quit Turkish airspace despite 10 warnings.

Russia later claimed responsibility for the jet which fell in the Bayırbucak region in Syria bordering the Yayladağı district of southern Hatay province in Turkey. NATO confirmed the validity of the information disclosed by Turkey regarding the airspace violation.

In early October, Russian warplanes had also violated Turkish airspace and Russian officials had apologized for the incident saying that it would not be repeated. Later on, Turkey again declared that rules of engagement including military response would be implemented.
Last Update: Dec 10, 2015 11:26 am
RELATED TOPICS