Turkey will not withdraw troops from Iraq, President Erdoğan says 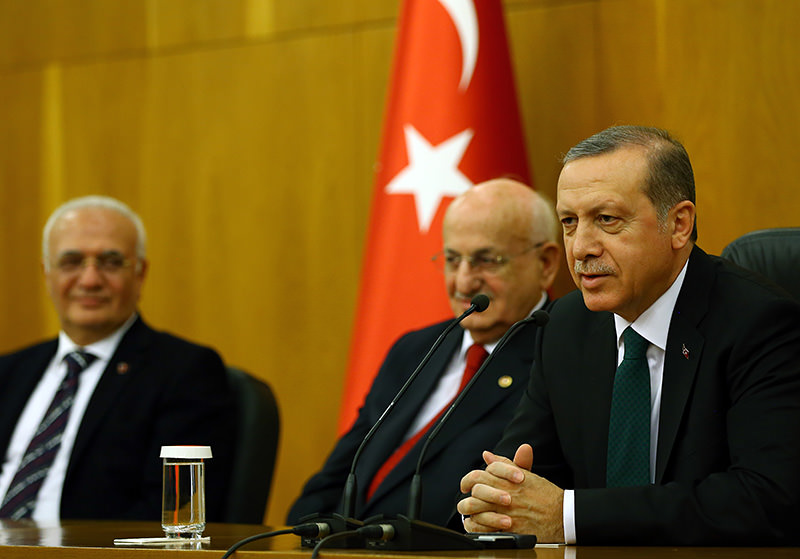 |AA Photo
by Daily Sabah with Reuters Dec 11, 2015 12:00 am
Turkey will not withdraw troops from a camp close to the Daesh-controlled city of Mosul, President Tayyip Erdoğan said on Friday.

Speaking before his departure to Turkmenistan, Erdoğan said that Turkey is not deploying soldiers to Bashiqa camp for combat, but for the protection of Turkish soldiers who training Arab and Peshmerga forces.

Turkey is determined to continue the training, he added.

Iraq is swarming of Daesh terrorists, we have to take necessary precautions, he said.
Last Update: Dec 11, 2015 4:40 pm
RELATED TOPICS