Turkey's effective efforts in fight against DAESH explained in numbers 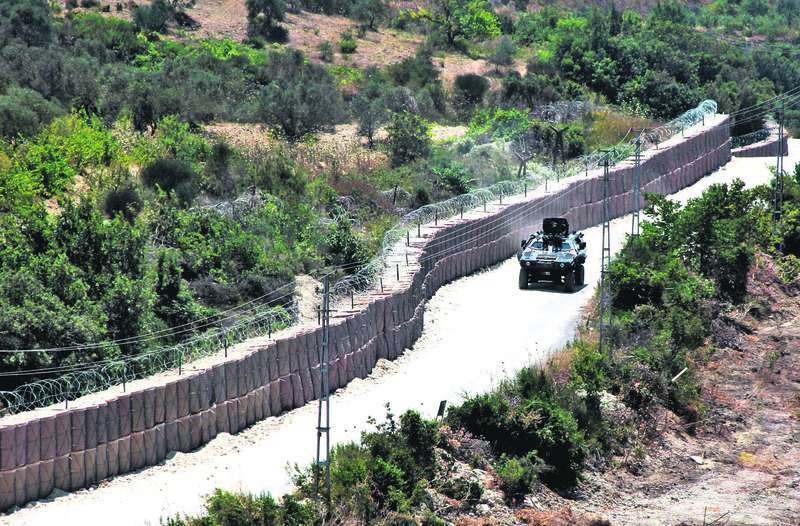 Effective customs measures, the significant deployment of security forces and investment in surveillance and border obstacles have transformed the border with Syria into an effective barrier against DAESH recruitment and trade, figures show

Even though there is a conception in the international arena that Turkey has failed to do enough in the fight against DAESH and abstains from closely controlling or patrolling its borders, which allegedly paves the way for the recruitment of foreign fighters, statistics regarding Turkey's efforts reflect a different truth. Being one of the first countries to put DAESH on its terrorist organizations list in 2013, Turkey has also been conducting airstrikes against the militant group as part of the U.S.-led coalition. Aware of the threat of foreign fighters traveling through Turkey to join DAESH, the Turkish state has prevented around 27,000 people from 110 countries from entering Turkey. In addition, 2,300 suspected individuals were captured by security forces and deported. Just in 2015 up to Nov. 27, around 1,200 DAESH suspects have been detained, and 350 of them have been arrested for being part of a terrorist organization. Contrary to the harsh criticism of Turkey for alleged insufficient efforts in taking the necessary measures, the Turkish state has spent TL 300 million ($102.77 million) to improve conditions on the Syrian border and provide precautions.

In an effort to prevent people from illegally entering Turkey, 383 kilometers of ditches were dug, 73.6 kilometers of embankment were constructed, and 17.5 kilometers of concrete wall was erected as part of improved physical security measures. In addition, 107.8 kilometers of wire was erected along the border. Apart from building walls and fences, security forces provide electricity along a 423-kilometer-long border.

Despite allegations that there is a lack of security forces along the border, data provided by the Prime Ministry say that half of the soldiers on watch to protect Turkish borders are stationed along the Syrian border. Aside from soldiers, 90 percent of unmanned aerial vehicles (UAV) and manned reconnaissance aircraft (MRA) are at the disposal of security forces along the Syrian border.

Further measures taken along the border appear to be proving effective. Security forces have captured 207,437 people on the border while attempting to cross into Turkey illegally.Speaking to Daily Sabah on the subject, Haldun Yalçınkaya, an associate professor at TOBB University who specializes in international relations, asserted that Turkey has made very serious efforts to tackle the issue over the last two years. "Turkey works closely with the international coalition, which provides a list of potential foreign fighters. The state takes effective precautions and gets results thanks to this international collaboration," Yalçınkaya said.

Yalçınkaya acknowledged that there have been weaknesses along the Syrian border for a long time and following Turkey's open-door policy for Syrian refugees seeking shelter due to "its moral terms." He, however, said Turkey would now take physical measures as well.

Underlining that taking physical measures is a must, Yalçınkaya argued that its turn has just come. "It cannot be realized overnight. It is the last resort for the Turkish state. Measures will be similar to those taken along the U.S.-Mexican border. The U.S. spent billions of dollars in this regard and yielded results," Yalçınkaya contended.

The fight against oil smuggling on the Turkish border after being inundated by allegations slack fighting against DAESH, the Turkish state has also had to face claims that it is involved in the oil trade with DAESH and fails to block the militant group from smuggling oil. In late November, President Recep Tayyip Erdoğan revealed statistics on the issue. "We seized 79 million liters (21 million gallons) of smuggled oil in 2014," he said.

A senior government official speaking to Daily Sabah reaffirmed the statistic and said that the number in 2015 has decreased to 300,000 gallons thanks to measures taken along the border. "Turkey has taken legislative measures about oil smuggling since 2012," he added.

Turkey was also accused of being involved in the oil trade with DAESH, as Russia recently published photos of truck allegedly carrying DAESH oil to Turkey. However, the allegations were refuted in a short time both by the Turkish state and the U.S.

Yalçınkaya said he was taken aback by claims that Turkey supports DAESH. "DAESH poses the greatest threat to Turkey. Since March 2014, there have been seven attacks against Turkish citizens, which left 144 dead and 810 injured," he added.