Turkey does its part in anti-Daesh fight, calls on allies for deeper strategies 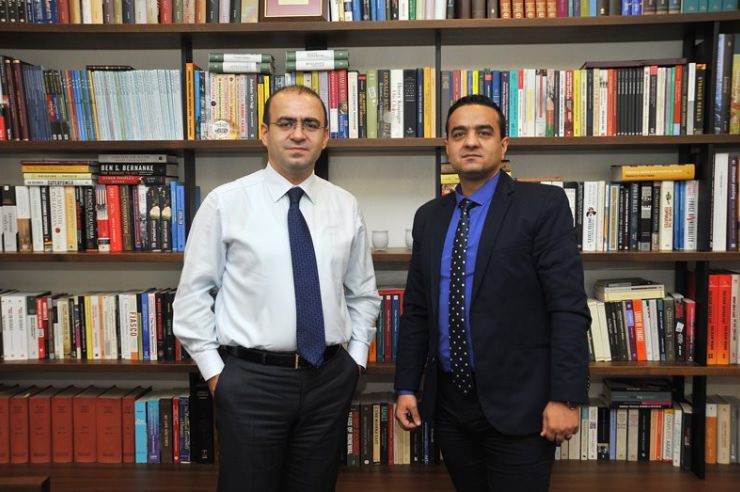 by Ali Ünal Dec 13, 2015 12:00 am
Even though there is a conception in the international arena that Turkey has failed to do enough in the fight against DAESH and abstains from closely controlling or patrolling its borders, which allegedly paves the way for the recruitment of foreign fighters, statistics with regards to the efforts of the Turkish state reflect a different truth. Being one of the first countries to put DAESH on its terrorist organizations list back in 2013, Turkey has also been conducting airstrikes against the militant group as part of the U.S.-led coalition.

Haldun Yalçınkaya, an associate professor at TOBB University who specializes in international relations, told daily Sabah that Turkey has made very serious efforts to tackle the issue over the last two years. "Turkey works closely with the international coalition, which provides a list of potential foreign fighters. The state takes effective precautions and gets results thanks to this international collaboration," Yalçınkaya said.

Yalçınkaya acknowledged that there have been weaknesses along the Syrian border for a long time and following Turkey's open-door policy for Syrian refugees seeking shelter due to "its moral terms." He, however, said Turkey would now take physical measures as well. Underlining that taking physical measures is a must, Yalçınkaya argued that its turn has just come. "It cannot be realized overnight. It is the last resort for the Turkish state. Measures will be similar to those taken along the U.S.-Mexican border. The U.S. spent billions of dollars in this regard and yielded results," Yalçınkaya contended.

Taha Özhan, the new chairman of the Parliament Foreign Affairs Committee discussed various issues with Daily Sabah such as Russian-Turkish relations and the future of the international system. According to Özhan, there are many countries that do not fight against DAESH, yet fill their agenda with the terrorist organization, allowing it to maintain its existence. He said there is manipulation and cultural vandalism in this matter and that barbaric actions by the terrorist organization are used by the media to suppress global changes.

While dozens of countries conduct operations in Syria against DAESH, the terrorist organization maintains its existence, when asked to evaluate this situation, Özhan said: "This question can be answered in two different ways. Firstly, DAESH could be considered more powerful than the prominent military and political structures that emerged after the Cold War and, secondly, it can be said that DAESH continues to exist as there is not a serious fight against the organization. I am saying that if the U.S., Iran, Russia, Japan and all European countries are in cooperation against DAESH and yet fail to eliminate DAESH, Iraq would not have been invaded by the U.S. if it only showed one-tenth of DAESH's resistance. We, on the other hand, have two paths to pursue. Either we will accept the global notion caused by DAESH, which is the unification of countries with different dispositions under a larger structure, which is not fought against, or we will investigate the roots of this problem. There was a deep global investigation after 9/11, which we have not observed yet for the current matter. We see a global product that is forced on everyone. We see petty manipulation and cultural vandalism. In the simplest way, we see that DAESH's atrocious and barbaric actions are used by the media to suppress global changes, which in turn spreads fear around the globe."

When asked what will happen when DAESH is eliminated, Özhan said: "My answer to this question is when DAESH is eliminated, so will Assad. Therefore, the elements prolonging the civil war in Syria will be removed. When DAESH is eliminated, all the elements that invest in sectarian conflicts will also be eliminated. When DAESH is eliminated, we will talk about how the democratic Syria of the future will be established. To elaborate, suppressing the Syrian opposition, firstly by the Assad regime and then with DAESH, is to extinguish the wave of changes that emerged with the Arab Spring. If the Syrian revolution was not suppressed, we would possibly not have seen a violent coup in Egypt. Similarly, if the revolution was not suppressed, we would be talking about democratization of the Gulf countries and not observing atrocious civil wars in Iraq and Libya, because the main issue would be the wave of democratization and anyone resorting to violence would be condemned. Therefore, actors in the region should be asked what will happen once DAESH is eliminated. I am saying this to respond to the intellectual vandalism dubbed DAESH."

When civil wars are in a deadlock, their duration becomes longer, Özhan added. "Looking at similar examples from around the world, we sometimes see 10 years of conflict and then a resolution. This wouldn't have happened in Syria if democratization was introduced in 2012. However, autocratic regimes such as the Baathist regime in Syria turn these processes into violent conflicts. Afterward, global actors start to think about backing such regimes. I think this will be the case in Syria. This notion is a Russian model that is similar to the one causing deadlock in Chechnya. I do not believe that the Baathist regime will be able to maintain its power. The regime lost its entire social and political base. It is not possible for such a small minority to sustain such a violent process," he added.