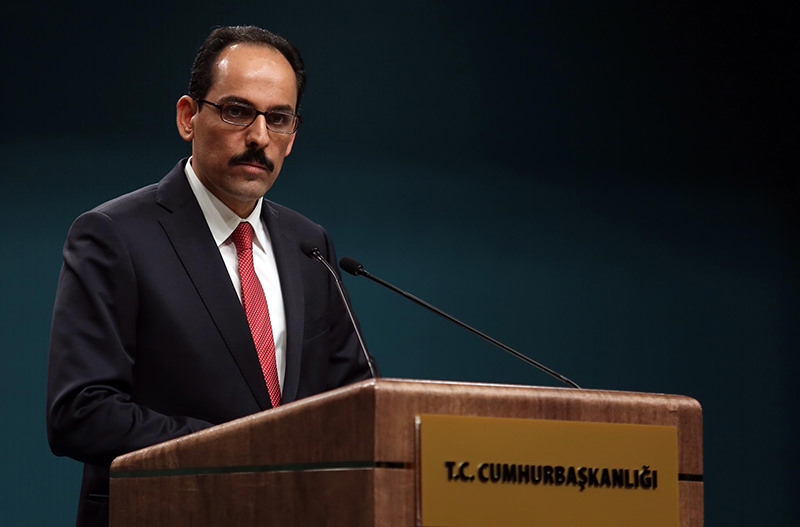 "Donald Trump is making cheap policies with his expressions against Muslims and conducting a policy on a conservative Republican base," İbrahim Kalın told a think-tank meeting in Ankara.

"He is playing a political game, but the distressing thing here is the positive reaction from his base."

Last week Trump, who is standing for the Republican presidential nomination, called for a complete ban on Muslims entering the U.S. in the wake of the San Bernadino attack in which 14 people were killed by two suspected Daesh sympathizers.

Kalin said Trump's comments would help racists. "No-one will benefit from attacking Muslims and generalization about Muslims," he said. "Many people in the U.S. are not aware but the ultra-racists will directly make benefit of it."

Kalin called for the "vicious circle" of Islamophobia and racism to be broken.

He also urged Europe to take steps to prevent radicalization among young Muslims.

"Youngsters are becoming radicalized by a mixture of ideas, socio-economic and political factors," he said. "These people are growing in Europe... We need to know what pushes these youngsters to crime.