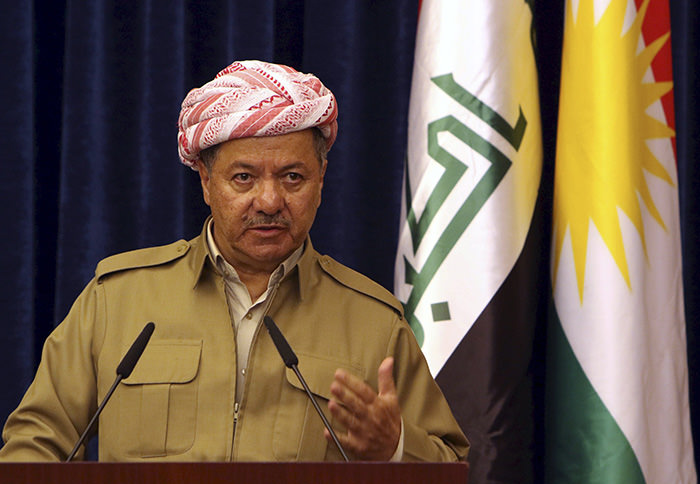 "Why do you not solve your problems with Turkey if you do not have enmity against it?" KDP's President, Masoud Barzani, said in an official statement. The party is headed by the Kurdistan Regional Government (KRG).

"The KDP is used to statements from the KCK that aim to undermine its reputation," the statement read, noting that the KCK's policies are wrong and cause instability in the Kurdish regions.

According to the KDP, the PKK had ruined hundreds of Kurdish villages, forcing residents to flee their homes and preventing the KRG from providing social services to the affected areas.

In an interview published in the al-Araby al-Jadeed daily, a military official from the KRG previously said that the PKK and its Syrian affiliate, the Democratic Union Party (PYD), are making the fight against DAESH more difficult for the peshmerga forces.

One of the commanders of the peshmerga, Qassem Shasho, said that his forces had to postpone plans to liberate Sinjar, a strategically important location in the region, from DAESH because of the PKK presence in the area.

Shasho told the daily that they had hoped to launch an attack against DAESH in the beginning of November, but the PKK and the PYD prevented the planned attacks.

The life-crippling activities of the PKK that are plaguing Turkey's southeast were discussed in a recent visit to Ankara by Barzani. On Wednesday, Turkish officials and Barzani reportedly discussed the PKK's terrorist activities in both Turkey and Iraq. The KDP and its representative, Barzani, stand in agreement with Ankara regarding the PKK's regional and local attempts to survive as an organization.

The PKK, which has been declared a terrorist organization by Turkey, the U.S. and EU, resumed its armed clashes after announcing the end of the cease-fire it had with the Turkish state.

In response, the government has been conducting anti-terrorism operations with bombing campaigns targeting PKK camps in Turkey and Northern Iraq, including the Qandil Mountains where the PKK's headquarters are located