NATO chief: Spanish Patriot missiles to stay in Turkey for another year 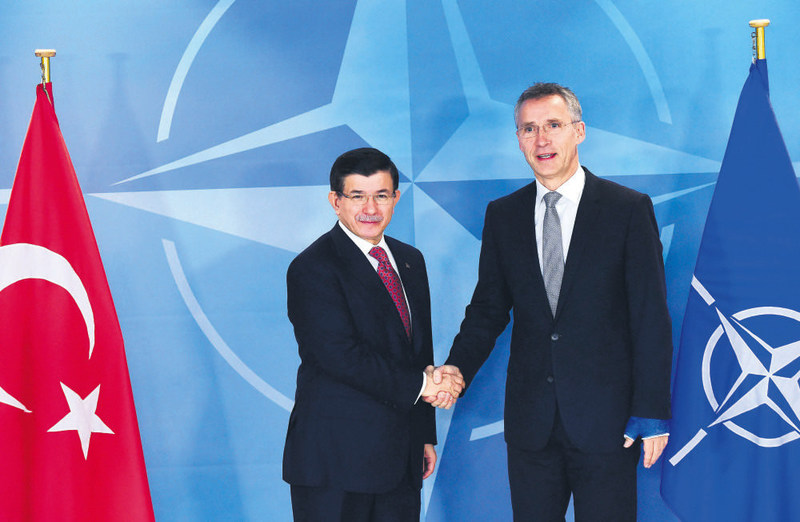 Although the U.S. and Germany have previously withdrawn Patriot missile batteries that were deployed in Turkey, NATO Secretary-General Stoltenberg said the Spanish Patriot missiles will stay in the country for one more year

NATO has agreed to keep Spanish Patriot missile batteries in the southern province of Adana for another year to protect Turkey from potential threats from neighboring Syria.Commenting on the expiration of the Spanish unit's mission next month, NATO Secretary-General Jens Stoltenberg said on Tuesday that the batteries will remain in Turkey at the request of Ankara.

Stoltenberg recently said that NATO allies are seeking to send aircraft and command ships to Turkey in an attempt to boost the country's defense capabilities. The U.K. will provide aircraft to Turkey's İncirlik Air Base in Adana while Germany and Denmark will supply command ships to NATO forces in the Mediterranean. Spain is also providing Patriot missile batteries in southern Turkey. While NATO has increased air defenses for Turkey for many years, Turkey's downing of the Russian warplane that violated its airspace on Nov. 24 has drummed up NATO support.

"This is something we have been working on long before the incident and is separate from the incident," Stoltenberg told reporters following a NATO foreign ministers meeting in Brussels. "I think the focus now should be on how we can de-escalate, how we can calm tensions and how we can address the need to improve, strengthen mechanisms to avoid that kind of incidents that we saw last week," Stoltenberg said.

Russian warplanes previously violated Turkish airspace twice in October. The incidents came within a few days of the start of Russia's air campaign in Syria on Sept. 30 and led to international condemnation.

"We [NATO] have approved a new strategy on hybrid warfare. We are also improving our intelligence and early warning mechanisms to help us better understand the region and increase our situational awareness," Stoltenberg said. Denmark is said to be sending frigates to protect Turkey from Russian S-400 missiles and to provide electronic intelligence through the jammers it will install. In light of these recent developments, the decision was made that Germany will deploy Tornado jets to İncirlik for the purpose of conducting exploratory flights in the region. The U.S. has agreed to continue keeping its naval ship, the USS Donald Cook, in the region. The ship is equipped with Aegis missile defense systems and Tomahawk missiles. The USS Donald Cook has been an important naval ship and aims to protect Turkey in the case of any ballistic missile attack.During its recent meeting, NATO said the information Turkey provided on the downed Russian jet is accurate.

NATO deployed Patriot missiles along the border in January 2013 to shoot down any missiles fired into Turkish territory from Syria's conflict zone. Ankara had appealed to the alliance to maintain its defensive even before the flare-up of tensions with Russia regarding airspace violations. "We need to support Turkey," Canadian Foreign Minister Stephane Dion said upon his arrival in Brussels for meetings with his NATO peers early this month.

Looking to engage with Russia to defeat DAESH, Stoltenberg said strengthening Turkish air defense was not a kneejerk reaction to Turkey's Nov. 24 downing of the Russian jet. "We decided to address the need to support Turkey before the incident last week," he said. While the Turkish Air Force has shown that it is capable of intercepting Russian jets on bombing raids in Syria, diplomats say sending military support to Turkey is also designed to reassure Ankara and calm tensions.
RELATED TOPICS