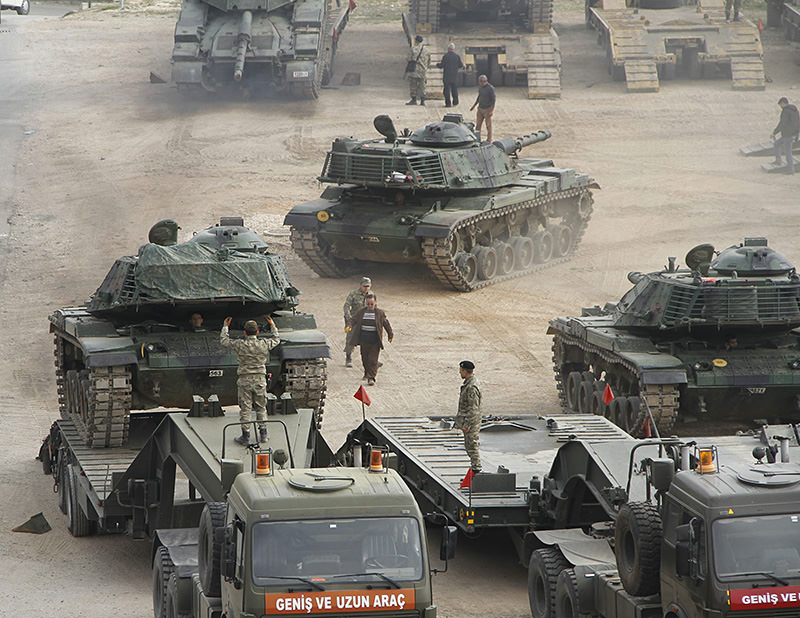 Most suspects were stopped from entering Turkey at the border while nearly 2,800 were arrested and later deported, Ala told Anadolu Agency's Editors' Desk meeting in Ankara.

"Turkey has denied entry to 33,746 people from 123 countries suspected of joining terror activities in Syria," he said.

Ala added: "Turkey has detained and deported 2,783 suspects from 89 countries."

The minister did not indicate a time scale for the interventions.

Turkey, which shares a 900 kilometer (560 mile) border with Syria, has been a transit point for foreigners trying to join terrorist groups such as Daesh.

The Turkish authorities have stepped up efforts to stem the flow, improving security checks at ports, airports and crossings and reinforcing security on the Syrian border.

Ala said Turkey exchanged intelligence with the suspects' governments.

Turkey has been doing its part to identify and stop potential foreign fighters seeking to cross the border to Syria to join Daesh, despite little cooperation in intelligence sharing with its Western allies.

As part of Turkey's efforts, police have tightened security at transfer points such as airports, terminals, bus stations and rental car companies.

The police have done so by employing a special risk analysis system and a team tasked with tracking suspicious foreigners who travel to Turkey for the first time and minors who have not made hotel reservations.