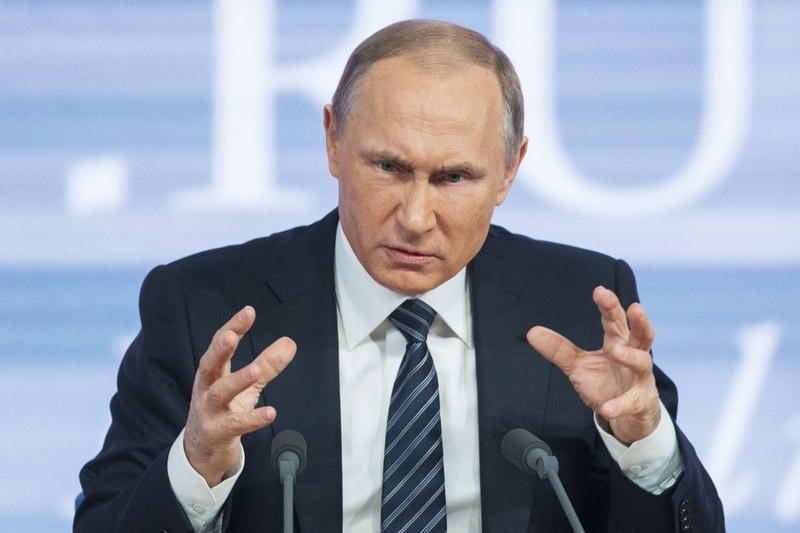 While world powers opt to remain silent over Russian President's collaboration with the Assad regime, Putin took his harsh stance on Turkey to the next level with vulgar rhetoric and dared Turkey to cross into Syrian airspace. Similar statements from Moscow was described as ‘childish and immature' by Ankara

Turkey downing the Russian warplane came weeks after Moscow deployed its fighter jets in Syria to fight alongside the regime of Syrian President Bashar Assad. Instead of striking DAESH targets, Russian jets started hitting opposition groups, including Turkmens in northern Syria. Similar to what the world witnessed in Georgia and Ukraine, many civilian casualties were reported as Russian aggression in Syria. Records show that violating other countries' airspace is very common for Russian fighter jets, but Ankara chose not to choose silence when its airspace was violated by a warplane coming from Syria.

Russian President Vladimir Putin quickly imposed trade sanctions, cancelled visa-free travel for Turkish citizens and deported Turks who arrived into Russia. This attitude was described by Turkish leaders as "emotional" and not the response of a mature leader. The Russian army later distributed satellite images and accused Turkey of buying oil from DAESH. However, Iraqi-Kurdish officials quickly denied the accusations and said those were the KRG's trucks carrying oil into Turkey. Prime Minister Ahmet Davutoğlu said Russian accusations that Turkey is profiting from oil trade with DAESH are reminiscent of the "lies" produced by the "the Cold War-era Soviet propaganda machine."

"No one believes the lies of the Soviet propaganda machine" he said, adding they are Pravda-style lies aimed to cover up their problems with their neighbors.

Putin's domineering attitude reached its peak on Thursday. "If someone in the Turkish leadership decided to lick the Americans in a particular place I don't know whether they would have acted correctly or not and I don't know ... whether the Americans needed that," said Putin, referring to the shooting down of the Russian warplane.

Putin made it clear that Russian sanctions would stay in place for some time, saying it was hard for the Kremlin to reach any kind of agreement with the current Turkish leadership, whom he accused of "creeping Islamization" that would have the secular state's founder, Kemal Atatürk, turn in his grave.
Last Update: Dec 18, 2015 1:11 am
RELATED TOPICS