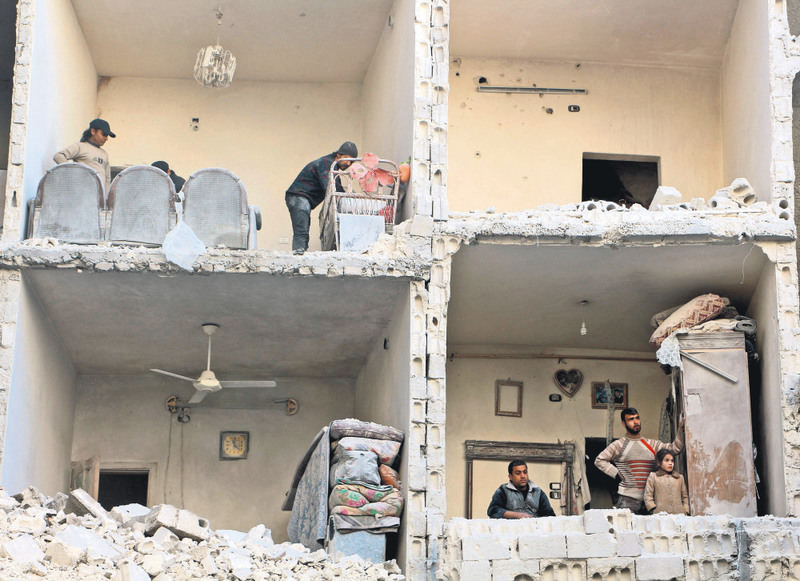 Top diplomats from regional countries and world powers came together in New York to achieve an agreement to end the civil war in Syria, yet the talks have not to bare fruit for a concrete solution

All regional actors and world powers in Syria could not reach a compromise on a draft resolution endorsing an international bid to end the five-year civil war in Syria at the U.N. meeting in New York on Friday.

Foreign ministers from more than a dozen countries, including Russia, the United States, Turkey, Saudi Arabia, Iran and other European and Middle Eastern states, were set for talks aimed at ending the Syrian civil war.

The five veto-wielding permanent members of the U.N. Security Council (UNSC) did not yet have an agreed draft to present to the 15-nation body for approval, Samantha Power, the U.S. ambassador to the U.N., said.

Originally, Western powers hoped the UNSC would rubberstamp a resolution endorsing a two-year road map for talks between Syria's government and opposition on a unity government expected to begin in January and eventual elections. UNSC diplomats said they hoped an agreement on a text could be clinched. The road map, which also calls for a nationwide cease-fire that would not apply to DAESH, al-Nusra Front and some other militant groups, was worked out in two rounds of ministerial talks in Vienna. Russian Ambassador Vitaly Churkin suggested there were significant disagreements among the five powers. "I'm not sure it's going to happen because there are unfortunately some deliberate, or not deliberate, attempts to undercut the Vienna documents and we don't want to see that," he told reporters without elaborating. When asked what the problems were, he said: "There are a few."

Iran, which has sided with Russia in Syria, supporting the regime, has also said that no agreement was reached to halt the civil war. Speaking to Al-Jazeera, Iranian Foreign Minister Mohammad Javad Zarif said: "There has been no agreement on two important aspects; one is the opposition groups and the composition of the opposition groups and the second is the list of terrorist organizations."

Calling the opposition to be "serious" about peace talks, he said: "We suggested a national unity government a long time ago and we hope that this can in fact become a serious exercise, including various opposition groups, not just one inclination within the opposition."

German Foreign Minister Frank-Walter Steinmeier, however, said there was "some movement" in the talks on Syria, adding that one goal of the New York meetings was to clarify the timeline for peace talks between the government and the opposition. Diplomats said no breakthrough was expected. Earlier this week diplomats said some progress had been made on the most difficult sticking point in the talks – the fate of Syrian President Bashar Assad. They said Russia had indicated it had no problem with the eventual ouster of Assad at the end of a transition period, though it would not admit that publicly. Despite the narrowing of differences, disagreements remain, as shown by the difficulties the five permanent UNSC members had agreeing on a resolution endorsing the Vienna road map. Western officials say a recent meeting in Saudi Arabia of opposition figures made significant headway in coming up with an opposition bloc.
RELATED TOPICS