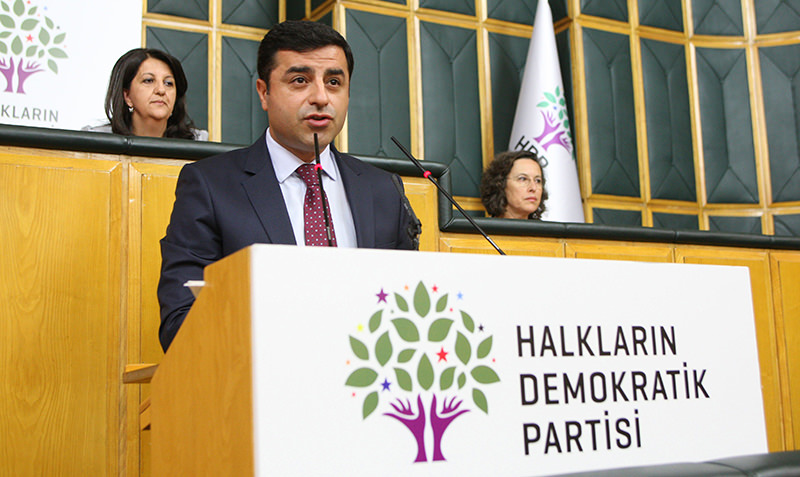 | Sabah Photo
by Daily Sabah with AA Dec 20, 2015 12:00 am
The co-chairman of Turkey's Peoples' Democratic Party (HDP) has said he will be traveling to Moscow to meet Russian Foreign Minister Sergei Lavrov Wednesday.

Selahattin Demirtaş, who co-chairs a party that receives the majority of its support in Turkish regions mostly inhabited by Kurds, made the announcement Saturday evening on a program aired by a local television network in southeastern Diyarbakır province.

"On Wednesday, we will meet Foreign Minister Lavrov. We will also open a party office in Moscow," he said.

"We are influential, and want to use our power," he added.

Tensions remain high between Turkey and Russia following Turkey's shooting down of a Russian military jet last month over airspace violation. After the incident, Russia imposed a range of unilateral sanctions against Turkey, including a ban on food imports.

The government has repeatedly voiced concern regarding the relationship between HDP and the PKK, calling the political party to put a distance between PKK and itself.

Demirtaş on Friday called for 'resistance' against the anti-terror operations conducted by security forces against the PKK in the southeast. He had made a similar call in October 2014, which had lead to a series of violent demonstrations that resulted in the killings of more than 50 citizens.

The Turkish government has intensified its counterterror operations following the recent attacks carried out by the PKK, which is recognized as a terrorist organization by the U.S., EU and Turkey.
Last Update: Dec 20, 2015 6:30 pm
RELATED TOPICS