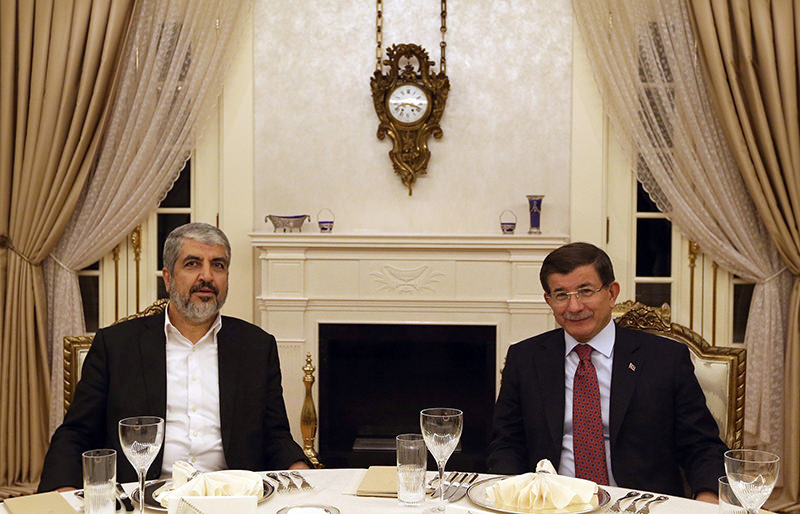 Davutoğlu and Mashaal held talks for over two hours in the Turkish Prime Ministry building in Çankaya.

According to information received from the presidential sources, the meeting occurred at the Grand Mabeyn within the Yıldız Palace complex in Istanbul's Beşiktaş district.

Mashaal has reportedly informed President Erdoğan of recent developments in the Middle East.

The last time, Erdoğan and Mashaal met was August 13, when the two leaders discussed the latest developments in the region along with Turkey's role in the Palestinian cause.
Last Update: Dec 21, 2015 10:17 am
RELATED TOPICS