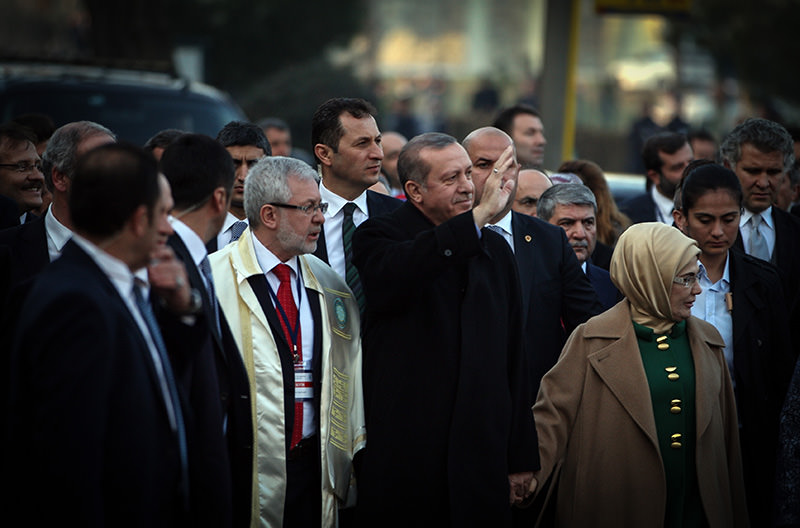 | AA photo
by Daily Sabah Dec 21, 2015 12:00 am
President Recep Tayyip Erdoğan delivered a speech at Uludağ University in Bursa on Monday in which he warned the young people of Turkey of terrorist organizations that may exploit their "energy and excitement."

"There may be those, like in the past, who may want to take advantage of your energy and excitement," President Erdoğan said, adding that young people should not tolerate marginal organizations that praise terror and terrorist organizations.

Addressing young people at a time when hundreds of young terrorists are waging a war against security forces in Turkey's southeast, President Erdoğan called on young people to sort out their problems by distancing themselves from violence. He also said that the state wants the youth of the country to have faith in the pen and words rather than fighting and vandalism.