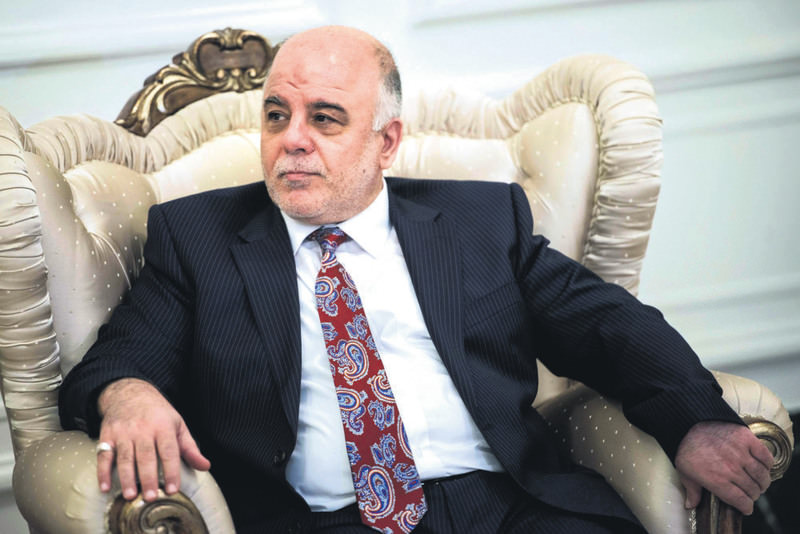 With Iraqi Prime Minister Haider al-Abadi insisting that Turkey withdraw its troops immediately from Iraq, Turkish authorities continue to stress that the troops are there to protect and train local forces against a possible attack from DAESH and that the 2,500 people who had received training in the Bashiqa camp did so upon the request of the governor of Mosul.

The Ankara-based Foundation for Political, Economic and Social Research (SETA) organized a panel on Monday and addressed the current state of bilateral relations between Ankara and Baghdad. Despite the fact that Turkey and Iraq had long-lasting economic and political relations, experts participating in the discussion said that the disproportionate reaction from the Iraqi administration is mainly due to third-party interference, most notably Iran. Speaking at the panel, a prominent expert on Iraq and the Middle East from the Center for Middle Eastern Strategic Studies (ORSAM), Bilgay Duman, said that Iraq's reaction to Turkey's troop deployment must be read in line with Iraq's shaky political dynamics.

Duman said that Iran is applying stronger policies in Iraq both militarily and economically. "The increasing pressure of Iran on Iraq, Russia's active involvement in Syria and its aims to apply similar policies in Iraq, as well as Turkey and Russia clashing due to their Syrian policies are the reasons behind Iraq's reaction to Turkey," he said

Duman said that there is strong criticism of the Abadi government and that former Iraqi Prime Minister Nouri al-Maliki aims to re-enter active politics. With increasing criticism and Maliki's aim to be re-elected in Iraq, Duman said: "Abadi unfortunately winks at the Iranians to keep his position safe."

Mesut Özcan, the head of the Foreign Ministry Diplomacy Academy, and another participant on the panel, said: "Iraq's inability to govern the state led other actors to impose their influence and interfere directly in governmental issues." Stressing that Turkey and Iraq have had strong relations for a very long time, Özcan said: "Iraq has always been an important actor concerning Turkey's security and economy. With the appearance of DAESH, Turkey has deepened its military support for the country." Özcan said that Turkish troops have been in Iraq for nearly more than a year, pointing out that "there is no organized military structure to fight DAESH in Iraq today." He also said there is an apparent influence on Iraq from Iran and that "if the current state of Iraq continues, then such dialogue will re-emerge."

Another participant, Daily Sabah columnist İlnur Çevik, who has worked in the region since the 1970s, said: "During the 1990s, Turkey helped [Kurdistan Regional Government President Masoud] Barzani in his dispute with [former Iraqi President Jalal] Talabani and the PKK, and Barzani always remembers this." Çevik said that "as interim foreign minister, Feridun Sinirlioğlu had met with Barzani in Iraq and [Barzani] has asked Sinirlioğlu for an additional force to be added." Çevik also pointed out that Barzani said that the Sinjar region was freed from DAESH only with Turkey's help.

Can Acun, an expert on the Middle East from SETA, participated in the discussions as the last panelist. He said that after the occupation of Iraq, the non-integration of Sunni Iraqis led al-Qaida and DAESH to gain ground. Acun also said that Iran aims to leave Turkey out of the coalition against DAESH by adding to the tension over the Bashiqa camp. All the experts said that Iran aims to guarantee its national security, economy and politics by achieving a strong influence over Iraq.
RELATED TOPICS