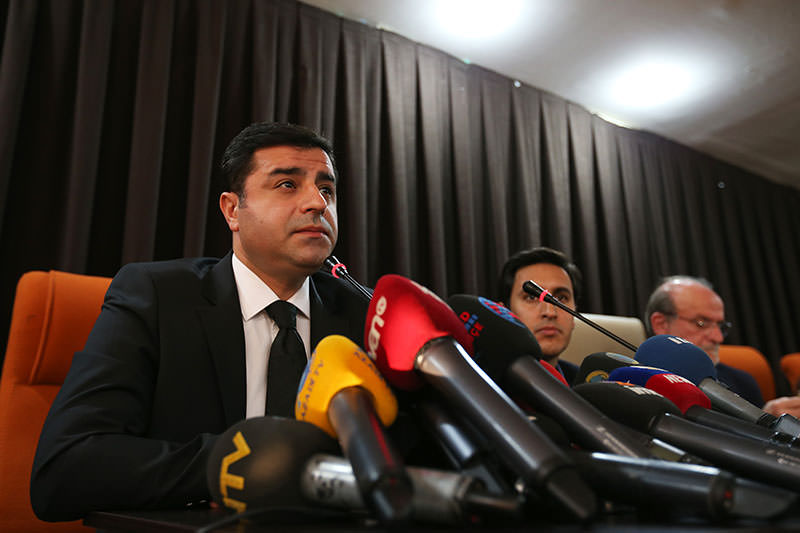 The press meeting was organized at the administrative center of the DTK, a network of Kurdish parties and civil society organizations.

Demirtaş, along with other four people are being accused of "supporting ditches [dug in southeastern in Turkey] and barricades as well as those behind them" and "encouraging people to stage riots."

The Diyarbakır Chief Public Prosecutor's Office will also send a summary of proceedings to the Ministry of Justice demanding a "permit for investigation" and an "abolishment of legislative immunity" for HDP deputies Demirtaş, Kürkçü and Irmak, in line with 83th article of the constitution.
Last Update: Dec 22, 2015 8:42 pm
RELATED TOPICS