We will continue to train troops in Iraq: Turkish deputy PM Kurtulmuş 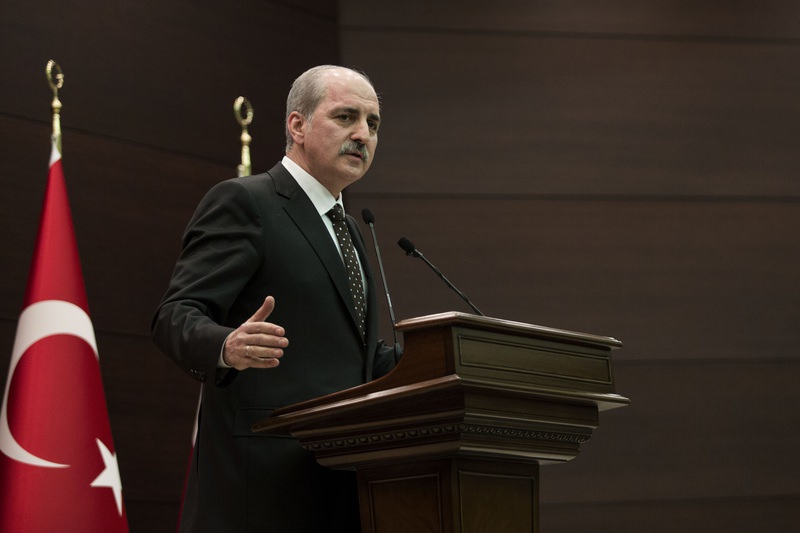 "The training conducted there by Turkish troops will continue. The additional troops we had sent there [earlier this month] have been pulled back to rear positions," Kurtulmuş told the media after a Cabinet meeting in Ankara.

"Turkey's main goal in sending additional troops to [Bashiqa camp] was to increase our sensitivity in the fight against Daesh and to better protect our soldiers there," Kurtulmuş said.

"Now some these additional troops were withdrawn from there [Bashiqa] but I would like to express that we are on alert not to jeopardize our presence there and elsewhere," he added.

Iraqi Foreign Minister Ibrahim al-Jaafari earlier had welcomed Turkey's moving its troops from Mosul's Bashiqa camp as a "step in the right direction".

"We deem media reports regarding Turkish troops' withdrawal as a step in the right direction within the context of reinforcement of our relations, respect to Iraq's security and sovereignty and the fight against Daesh terror," said a statement from the Iraqi Foreign Ministry.

The Turkish Foreign Ministry had confirmed Saturday that the moving of troops would continue.

Baghdad had complained about the Dec. 4 deployment of troops to the site near Mosul, calling it a violation of Iraqi sovereignty and insisting the Turkish forces be withdrawn.

Turkey said that the 150 soldiers and up to 25 tanks were stationed in Bashiqa to protect Turkish servicemen training Iraqi volunteers to fight Daesh. The training mission had been in Iraq since March and was not assigned to combat duties.

Kurtulmus also talked about the relationship between Israel and Turkey, referring to the diplomatic thaw between Ankara and Tel Aviv.

"In 2013, Israeli Prime Minister Benjamin Netanyahu apologized. The first condition was fulfilled. Talks between Turkish and Israeli side are underway to fulfill the second and the third condition," Kurtulmuş said.

In order to restore diplomatic ties, Turkey has demanded an apology from Israel, compensation for the families of those killed in the attack, and the lifting of Israel's eight-year blockade of Gaza.

The first of these conditions was fulfilled in 2013 when Israeli Prime Minister Benjamin Netanyahu apologized for the attack to then-Prime Minister Recep Tayyip Erdoğan.
Last Update: Dec 22, 2015 1:10 pm
RELATED TOPICS