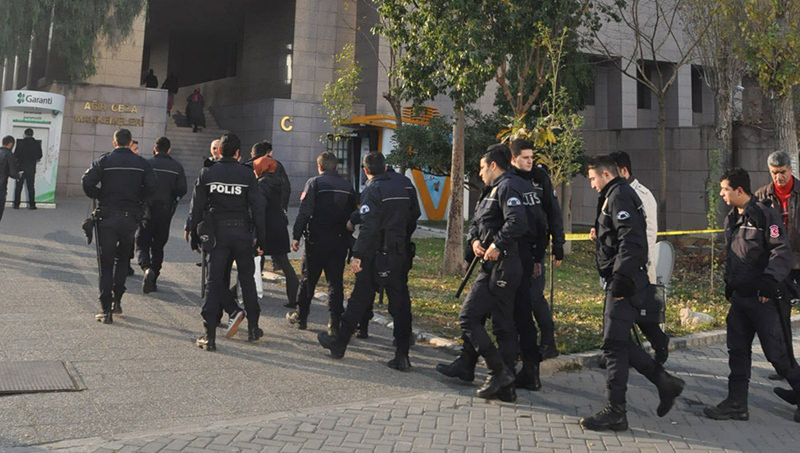 | IHA Photo
by Daily Sabah Dec 23, 2015 12:00 am
Ten of 26 alleged Gülenists detained under the scope of a Gülenist Terror Organization (FETÖ) operation in İzmir province were arrested on Wednesday.

On Dec. 18, İzmir police detained 34 suspects in operations carried out against FETÖ in İzmir province based on instructions from İzmir Deputy Director of Public Prosecution Okan Bato.

The İzmir Chief Public Prosecutor's Office said an operation into the suspects was launched by its counterterror and organized crime branch on the grounds that they allegedly collected money for FETÖ through aid, scholarships and forced donations with threats or blackmail.

"In accordance with the evidence, the prosecutor's office launched detentions for 57 suspects, including businessmen, lawyers and a bureaucrat," the office said.

The Gülen Movement, led by Fethullah Gülen who lives in self-imposed exile in rural Pennsylvania in the U.S., is accused of conspiring against the Turkish state, wiretapping thousands of people, including government officials and encrypted phones. The movement has been labeled a threat against Turkey's national security.

Government officials have continuously expressed their determination to continue to lawfully fight the Gülen Movement, whose followers are accused of infiltrating state institutions to gain control of state mechanisms, illegal wiretapping, forgery of official documents and spying.