Turkish gov't to strip municipalities of authority for assisting PKK 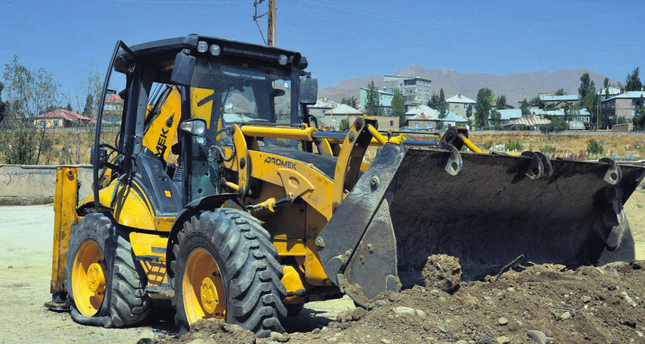 After the municipalities affiliated with the pro-Kurdish Peoples' Democratic Party's (HDP) regional affiliate Democratic Regions Party (DBP) turned a blind eye to Turkey's southeastern provinces where PKK terrorists are using municipal equipment to conduct terror attacks, the government has resorted to a new regulation that restricts the authorization of these municipalities.

Now, according to the new regulation, those administrations must either be re-founded or governors will be granted more authority. Prime Minister Ahmet Davutoğlu is expected to come together with municipals from across Turkey in the upcoming days to discuss the new regulation and to shape the government's decision. It was previously reported that terrorists have used construction materials pertaining to the DBP-led municipalities to carry bombs, dig ditches and plant explosives on roads. in clashes with security forces in the conflict-ridden districts. Moreover, those municipalities have reportedly refused to provide the necessary equipment to security forces for closing ditches.

Share on Facebook Share on Twitter
Previous in Politics Prime Minister Ahmet Davutoğlu on Monday harshly criticized the Peoples'... Next in Politics Turkey would not look positively on Syrian forces hostile to Ankara...
DAILY SABAH RECOMMENDS