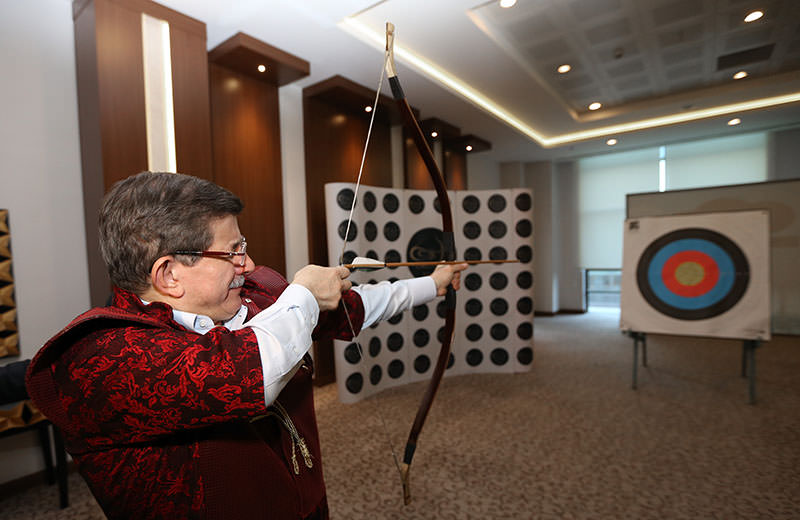 | AA photo
by daily sabah Jan 10, 2016 12:00 am
Prime minister and the chairman of the ruling Justice and Development Party (AK Party), Ahmet Davutoğlu shot arrows on Sunday during a break at the party's 24th Advisory and Assessment camp.

The retreat, held at a hotel in the western city of Afyonkarahisar from Jan. 8-10, was attended by all AK party deputies as well as ministers and members of the Central Executive Board (MYK) and the Central Decision and Administrative Board (MKYK). The advisory and assessment camp aimed to develop strategies for the new governing period. 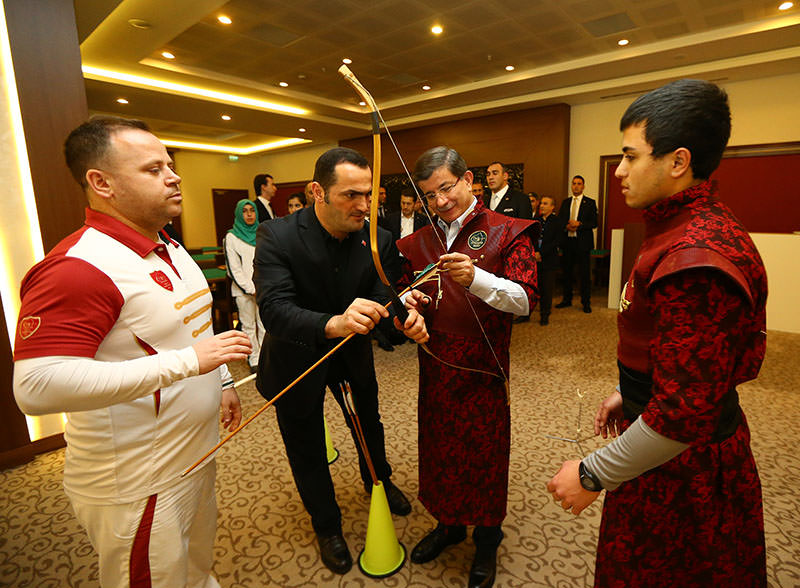 In the meantime, Davutoğlu participated in an activity organized by the Archery Association at the hotel as the prime minister informed himself about the sport.