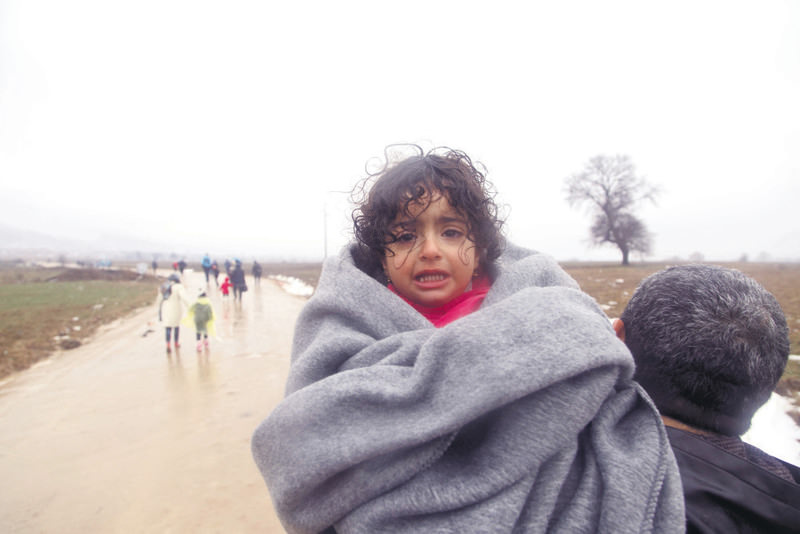 Only days after European Union Commission Vice President Timmermans' harsh criticism of Turkey on the refugee crisis, German Chancellor Merkel welcomed Ankara's efforts and asserted that it is doing its part. ‘What has the EU done?' she asked

German Chancellor Angela Merkel slammed the European Union for its failure to deliver enough and pointed to Turkey, a country that has taken in more than 2 million refugees fleeing the Syrian civil war, as a good example on the issue of refugees.

Speaking at a reception in Mainz, Merkel welcomed Turkey's efforts in taking in and sheltering refugees: "Turkey has accepted more than 2 million refugees. Well, what has the European Union, which has a population of more than 500 million, done?"

According to a piece in Deutsche Welle, Merkel also touched on the issue of financial aid to Ankara. Underscoring that the EU did the right thing by providing financial aid to Turkey, Merkel said: "[W]e will continue to aid hereafter as well."

Stressing that the EU's collaboration with Ankara should further continue, Merkel said she held a phone call with Prime Minister Ahmet Davutoğlu in which they "underlined that the EU and Turkey should act together."

Merkel went on to criticize the 28-nation bloc, levying harsh criticism on the EU for its failure in finding a resolution to the problem, Merkel urged member states to "do their homework."

"I think we, as Europeans, should do our homework so fast that we can demand the same from Turkey," Merkel said, expressing her dissatisfaction with EU member states.

Her statements come only days after the European Commission heavily criticized Ankara. The commission said it is "far from satisfied" with Ankara's efforts in stemming the influx of refugees.

"We have seen the first results which are encouraging, but we are a long way from being satisfied," European Commission Vice President Frans Timmermans said at a press conference in Amsterdam on Thursday.

In spite of Timmermans's exasperation, Merkel had warned the EU and member states that Ankara's cooperation would not cut the flow of refugees drastically and in a very short span of time.

The 28-nation bloc and Ankara agreed on a deal on Nov. 29m which includes 3 billion euros of financial aid to Ankara to spend on refugees. Aside from the financial aid, Turkey was promised the lifting of the visa-obligation for Turkish citizens and accelerated visa accession process.

In an atmosphere in which Ankara has been criticized due to its alleged lack of cooperation with the EU, Merkel's statements about the EU and Turkey's efforts are significant.

Timmermans also said that he is due to visit Turkey this Sunday to discuss ways to make the joint plan function positively.

The refugee and migrant crisis is causing trouble for the 28-nation bloc, stressing as the Schengen zone of open borders after some countries introduced new border control systems.

European Council President Donald Tusk in November argued that saving the system "is a race against time," and added: "Without effective control of our external borders, Schengen will not survive. We must hurry, but without panic."

Dutch Prime Minister Mark Rutte also spoke of the possible collapse of the EU at the end of November. "As we all know from the Roman Empire, big empires go down if the borders are not well-protected," he said in an interview with a group of international newspapers.

Whether the EU will support Turkey and welcome its efforts in stemming the influx of migrants remains unknown, but Merkel's firm stance on the issue plays a crucial role, as her sudden visit to Istanbul in mid-November to look for a way out and statements favoring Turkish-EU collaboration work in Ankara's favor and consolidate EU-Turkish relations.
RELATED TOPICS