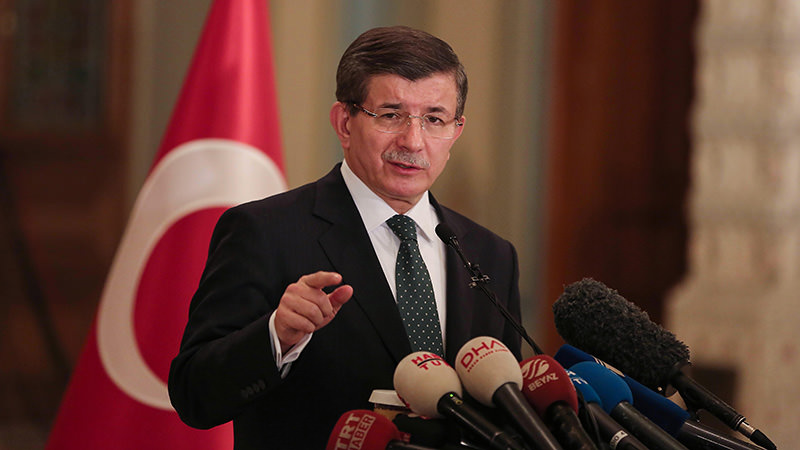 | AA Photo
by daily sabah Jan 13, 2016 12:00 am
Prime Minister Ahmet Davutoğlu on Wednesday said that secret actors are behind the deadly suicide attack carried out by a Daesh terrorist in Istanbul, which left 10 people dead.

Davutoğlu held a press conference at Istanbul Governorate and underscored Turkey's determination to fight terrorism and find the perpetrators.

"Secret actors are behind Istanbul attack" Davutoğlu said and added that Turkish security forces are trying to reveal who used Daesh as a 'subcontractor.'

Davutoğlu said that the suicide bomber entered Turkey as a refugee, and his movements were not monitored as he was not on watch list.