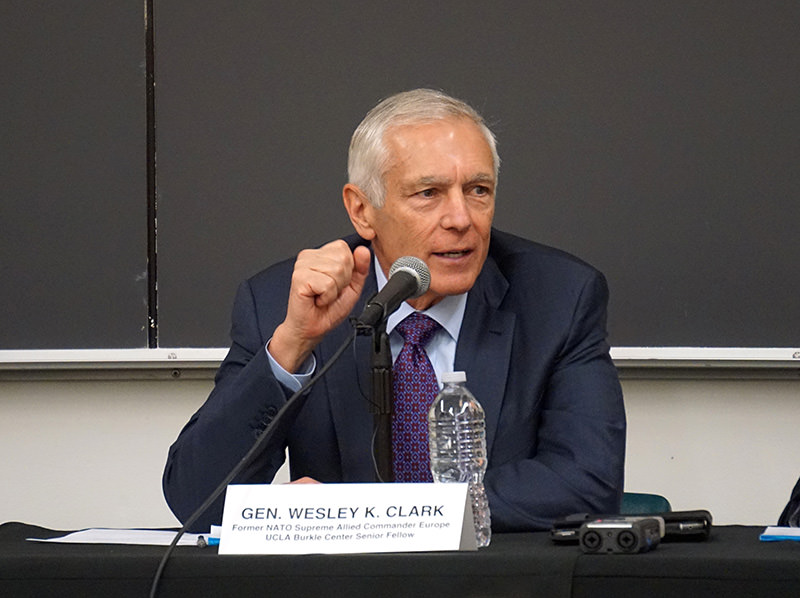 Former NATO Supreme Allied Commander Gen. Wesley Clark said on Tuesday that the United States has become a part of Turkey's problems for letting Fethullah Gülen, who is wanted in Turkey, stay in the U.S.

Clark's comments in a televised interview on CNBC came as he was talking about the effects of the Syrian civil war, which has affected Turkey with an influx of more than 2.5 million refugees into the country.

Clark was asked whether the West or Russian President Vladimir Putin has won the political war over Syria, if there are winners or losers.

"The real losers, of course, are the people of Syria, who have suffered hundreds of thousands of dead, and the people of Europe who are struggling through this immigration crisis, and especially Turkey, [which] has some 2 million refugees. Now there is an active risk, there are bombings in Turkey, they've got problems at home." he said.

"We are even part of that. One of the most wanted people in Turkey is a man named Gülen, a former ally of President [Recep Tayyip] Erdoğan, whose is in the United States, running a network of charter schools subsidized by the United States. Very strange," he added.

The Gülen Movement, which has seen its members and sympathizers purged from state institutions, including the police and judiciary, was designated by authorities as a national threat, a classification for terrorist organizations. A string of judicial inquiries over the past two years has revealed the seedier side of the movement, promoting itself as a charity group that runs schools and works for interfaith dialogue. Gülenists are accused of illegally wiretapping thousands of people, from the prime minister to journalists and other prominent figures. They are also accused of imprisoning critics or anyone seen as an obstacle to the movement's attempts to gain further clout through sham trials. Hundreds of generals, academics and others were detained for years in cases in which they were accused of attempting to stage coups. It was later revealed that they were detained on charges based on false evidence planted by Gülenist members of law enforcement.