'Who do you think you are?', Erdoğan asks foreign diplomats attending espionage trial 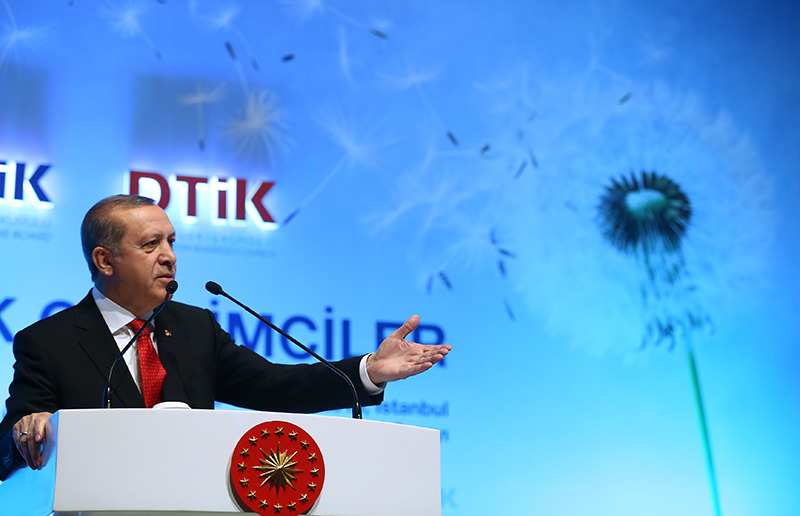 "Who do you think you are? What is your job there? I mean there are etiquettes to diplomacy. This is not your country. This is Turkey," President Erdoğan said during a speech at the World Turkish Entrepreneurs Congress in Istanbul.

"You can make moves within the borders of the consulates but the rest is subject to permissions," he added.

"We all see who the ones, who speak of democracy, human rights, freedoms, and elections, side with when it comes to choosing either those coming to power with elections or through coup d'état," the president added.

The Criminal high court in Istanbul postponed on Friday the trial of two Turkish journalists, who face three charges including espionage and helping a terrorist organization, until April 1.

Several foreign diplomats attended the trial on Friday, where they took group 'selfies' and shared them on Twitter to show support to the journalists. Social media users in Turkey criticized the moves by the diplomats, saying such moves were intervening in the internal affairs of Turkey.

Speaking to Daily Sabah, Sabah daily columnist Melih Altınok criticized the diplomats, saying that the envoys of ally countries should not be taking sides in a trial where suspects are being accused of espionage against Turkey.

"The foreign envoys present their letter of credence to the president. The fact that envoys support infiltrators in this espionage case is not an attitude that is compatible with diplomatic relations which should exist among ally countries," Altınok said.

"We would like to think that the actions of UK's Istanbul consul general does not reflect the view of Britain as a state," he added.

Meanwhile, commenting on President Erdoğan and the National Intelligence Organization (MIT)'s requests on taking part in the case, Altınok said: "It is a natural thing for the president, who is responsible for defending the interests of the state, to take part in a case where the suspects are being tried for espionage against Turkey."

"As one of the victims, the same thing goes for the MIT also," he added.

The closed hearing was adjourned after several opposition MPs entered the courtroom to follow the proceedings but rejected the judges request leave the court room.

A criminal complaint against the Republican People's Party (CHP) and Peoples' Democratic Party (HDP) lawmakers was filed for "preventing a fair trial".

Cumhuriyet newspaper's Editor-in-Chief Can Dündar and its Ankara Bureau Chief Erdem Gül were released from prison Feb. 26 after Turkey's Constitutional Court found their rights had been violated.

The journalists had been in custody since late November last year, when they were arrested for Cumhuriyet's publication of photos and a story about trucks used by MİT. The trucks were on a secret mission carrying humanitarian aid to displaced people in Syria, according to the government, when prosecutors and troops stopped them in a southern city near the Turkish-Syrian border in 2014. Prosecutors and military officers who stopped and inspected the trucks were later arrested for alleged links to FETÖ.

Gül, Erdem, their lawyers and spouses attended Friday's hearing, along with the lawyers that represent plaintiffs, which include Turkish President Recep Tayyip Erdoğan and the MIT.

The journalists also face charges of "knowingly and willfully" helping the terrorist FETÖ/PDY organization or the so-called "parallel state".

The Gülen Movement, led by U.S.-based former preacher Fethullah Gülen, is at the center of a string of terror investigations following two attempts to overthrow the government in 2013. The group is accused of illegal activities ranging from terrorism to illegal wiretapping, as well as blackmail and imprisonment of critics.

Following the coup attempt, the government has launched a purge of Gülenists who had infiltrated into law enforcement, judiciary and key posts in bureaucracy. A large number of police officers, prosecutors and judges were either suspended from duty or convicted on terror charges, while senior members of the Movement and judiciary figures linked to Gülenists have fled abroad.