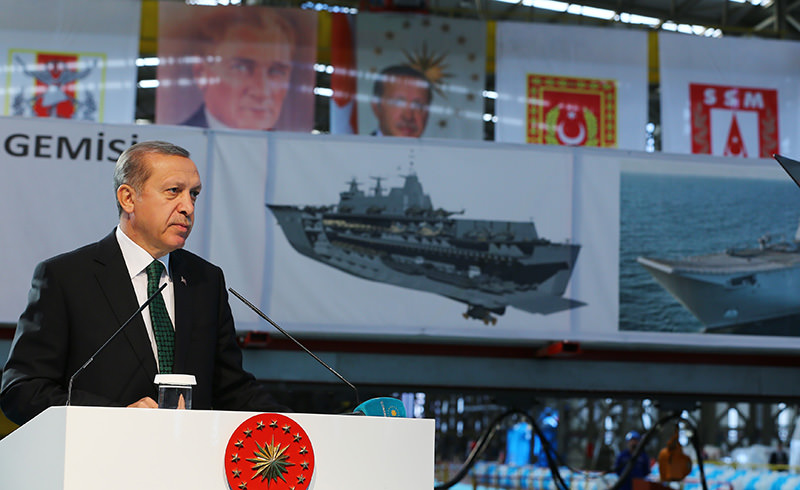 Speaking at a ceremony marking the inauguration of the building phase of an amphibious assault ship, Erdoğan said Turkey's reliance on foreign components in the defense industry had fallen down to around 40 percent from 80 percent back in 2002.

Noting that building an amphibious assault ship was the first step on the road towards building the world's best aircraft carrier, Erdoğan underlined Turkey's need to have a more active presence outside its borders.

"Actually, I see this as a belated step taken at a time when threats against Turkey are increasing, and also at a time when we need to be more visible in the international arena."

Erdoğan went on to criticize some NATO countries -without giving names-for refusing to sell weapons to Turkey using the conflicts in the eastern and southeastern regions of the country "as an excuse."

"These are NATO allies, let me tell you. When there are ongoing threats against Turkey due to the crisis in Syria, these countries supply terrorist groups with arms, but unfortunately fail to support their friend, Turkey.

"Then they tell me not to talk about this issue in front of the media. OK. But why are you sending those weapons to terrorist groups? Therefore, we have to be self-sufficient," he said.