Strong AK Party governments to continue in the next 4 years, Davutoğlu says 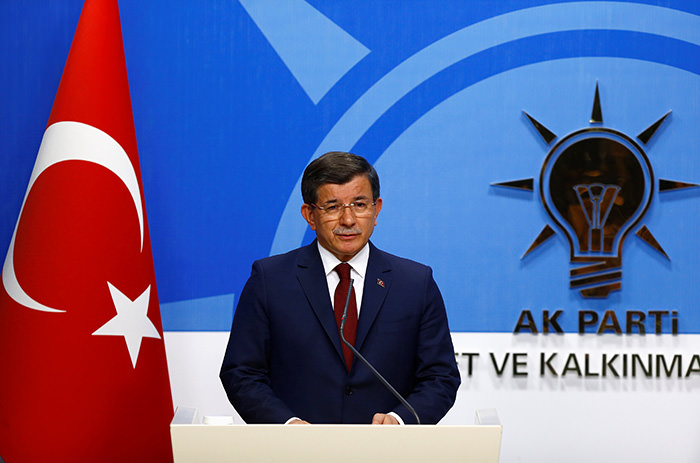 Prime Minister Ahmet Davutoğlu held a press conference on Thursday after the ruling Justice and Development (AK) Party's critical central executive committee meeting, saying that the strong AK Party governments will continue to work in the next four years.

Speaking after the meeting in Ankara, Davutoğlu said that he served with his heart and soul during his term as a prime minister to achieve party objectives and that the upcoming AK Party governments will also work hard for the country.

"I have worked with my heart and soul. There was no fallout from the AK Party structure during my chairmanship," he said and added, "Strong AK Party governments will continue in the next four years."

Prime Minister Davutoğlu also said that the terror operations against the PKK terror organization in the southeastern provinces will continue.

Commenting on the economic achievements that were promised to voters, "No investments were left unfinished and there were no setbacks during my tenure as prime minister," Davutoğlu said.

The prime minister said that AK Party will hold an extraordinary congress on May 22 and that he will not run as a candidate for party leadership.

The decision to step down as party chairman was 'out of necessity' he said and added, "I think that it is right to step down for the continuity of AK Party's unity and solidarity."