Turkey to carry out observation flights over Russia this week 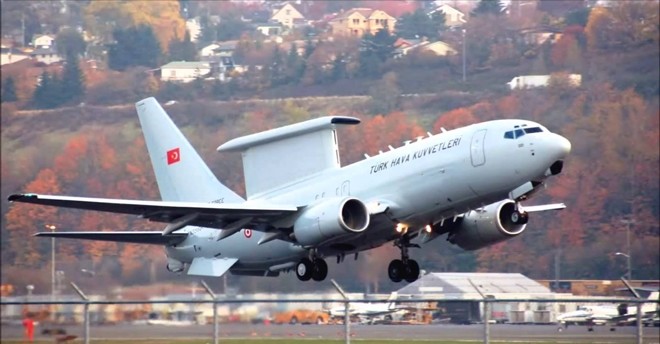 The Russian Defense Ministry announced Monday that experts from Turkey and Finland will perform observation flights over Russia's territory this week in accordance with the Open Skies Treaty.

The unarmed observation flights will take place between June 13 and 17. Russian news outlets reported that a similar request by Turkey for the period between February 2 and 6 was declined as the observation route could not be agreed upon.

Surveillance will be performed under the terms of the 1992 Treaty on Open Skies which facilitates flights by unarmed surveillance craft over foreign states. The treaty was signed by Turkey in 1994.

Tensions between the two countries were deeply strained as two Turkish F-16's downed a Russian Su-24 bomber jet breaching its airspace on November 25, 2015. The bomber was taking part in a Russia-backed campaign of Assad regime forces against Syrian Turkmens near the border with Turkey, causing protests by the Turkish side, while Russian involvement in the civil war, huge civilian casualties and a massive refugee influx also caused a deep rift between the two countries.

After the incident Russia imposed a range of unilateral economic sanctions against Turkey including a ban on food imports.

Despite the incident, Russia continued to breach Turkish airspace in several other cases, along with frequent violation of its NATO allies' airspaces located in Eastern Europe and the Baltic Sea.

A request by Russia based on the treaty was rejected on February due to Russian request to fly over the border with Syria. Turkish Foreign Ministry Spokesperson Tanju Bilgiç stated at the time that an agreement could not be reached on the mission plan between the two countries. He also noted that Russia also imposes restrictions on observations flights to be conducted over its soil, which is known by all members of the Open Skies Treaty.

Ömer Çelik, who is currently the EU Minister but previously served as the spokesperson and vice president of the Justice and Development (AK) Party, stated that Russia requested to fly in parallel of Turkey's Syrian border. "Of course it is not possible due to security problems, problems in that area, and force majeures," Çelik said. "We have a hot and fresh crisis with Russia. We let the public interpret what a demand like 'flying overlapping the Syrian border' means in this environment."