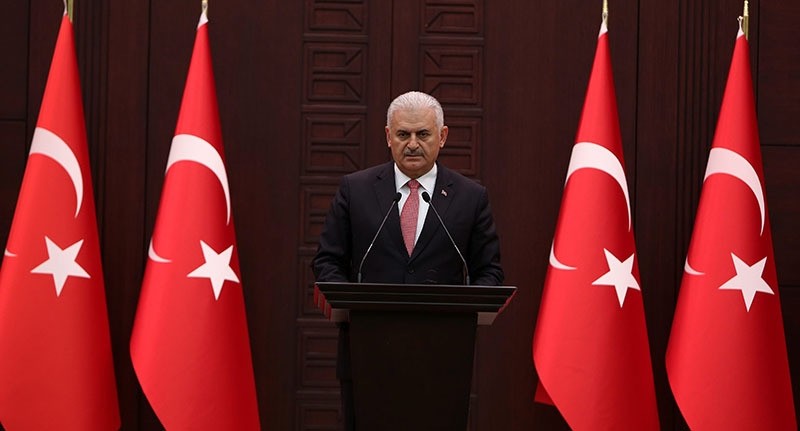 Turkey will aim to restore friendly relations with all of its neighbors in the Black Sea and Mediterranean, Prime Minister Binali Yıldırım said on Tuesday, shortly after Turkey signed a deal with Israel to normalize diplomatic relations after a six-year rift, and a day after President Recep Tayyip Erdoğan sent a letter to President Vladimir Putin, expressing regret over the downing of a Russian jet in November 2015.

''We aim to improve our relations not only with Russia and Egypt but also with all countries around the Black Sea and Mediterranean,'' the prime minister stated.

''As Turkey, our basic principle is to want for others what we want for ourselves,'' Yıldırım said while noting that crises are exceptions but normalization is essential for Turkey.

The prime minister underscored that Turkey's efforts prove its determination to normalize ties with countries in the region.

He thanked the leaders of Kazakhstan and Azerbaijan, as well as all others who contributed to the efforts in this regard and said that Turkey will continue to improve relations.

Yıldırım also noted that Chapter 33 of Turkey's EU accession process will be opened on June 30 in Brussels.

Regarding Britain's decision to exit the European Union, Yıldırım said that EU should read the Brexit message well, as it is crucial for it to have an inclusive vision of future.

Yıldırım also announced that the interest for debts of 110 thousand shopkeepers/craftsmen will be erased, and the principal obligation 137 million dollars will be restructured.