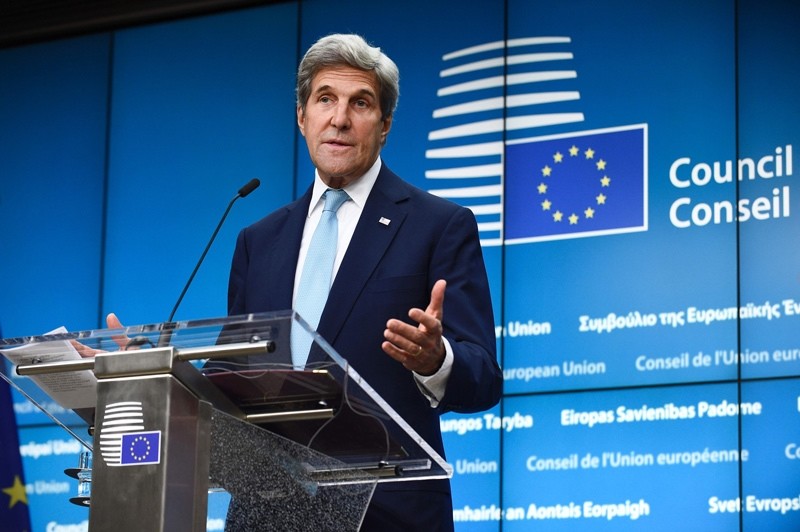 US Secretary of State John Kerry delivers a speech during a joint press conference after bilateral meeting at the EU Headquarters in Brussels, on July 18, 2016. | AFP Photo
by Daily Sabah Jul 18, 2016 12:00 am

A senior official from the U.S. Embassy in Ankara denied claims by the Washington Post on Secretary of State John Kerry saying Turkey's NATO membership would be in jeopardy

The U.S. Embassy in Ankara denied on Monday claims by the Washington Post on Secretary of State John Kerry's remarks, saying Turkey's NATO membership would be in jeopardy as a result of the detentions on pro-coup suspects following the July 15 failed coup attempt.

A senior official from the U.S. Embassy in Ankara denied the Washington Post report which claimed, ''Kerry warns Turkey's NATO membership could be in jeopardy.''

Speaking to Daily Sabah, the senior U.S. official said, "Secretary Kerry didn't say anything at all about NATO membership being in jeopardy. There is nothing in his actual statement that indicates the U.S. believes Turkey is in a danger in this sense.''

The official continued by saying that Turkey is a key ally to the U.S., NATO and EU and that they have no issues with Turkey's NATO membership.