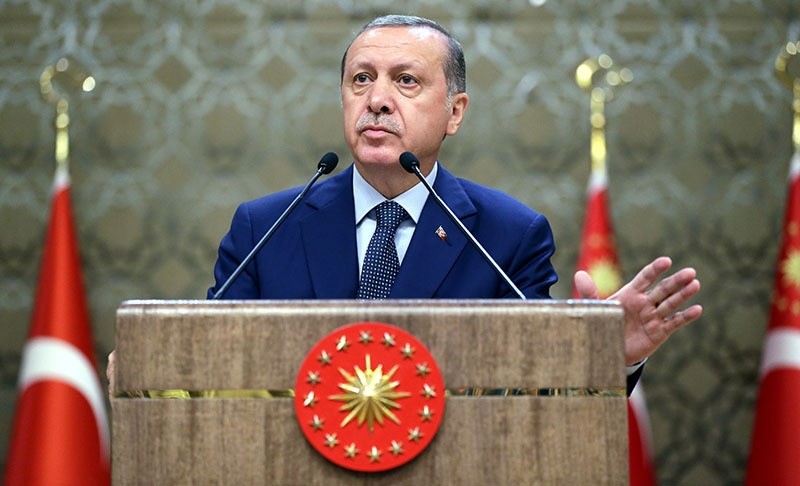 "FETÖ not only seeks a takeover in Turkey, but also tries to reach towards African countries," Erdoğan said in an interview with Qatar-based Al Jazeera network.

The group has hundreds of schools and institutions in 170 countries, Erdoğan said.

"They are raising the children of top government leaders and public figures, and they seek to take over those countries in due time," he said.

FETÖ is accused of mounting the military coup attempt on July 15 that killed 240 people and injured 2,200 others. The terrorist group's leader, U.S.-based preacher Fetullah Gülen, is sought by an Istanbul court on charges related to the coup attempt.

The Gülen-led movement has long been accused of a broader effort spanning decades to infiltrate state institutions, forming what is commonly referred to as a "parallel state".

Erdoğan said the post-coup investigation, whereby thousands of people were detained and tens of thousands of civil servants were suspended, would be a long-term process, and ridding the country of FETÖ would take time.

"We will wipe them out. We will reestablish the state. We will cleanse our security forces," the president said.

Commenting on allegations that the post-coup environment gave him free rein to do whatever he wants, Erdoğan said: "I strongly reject these claims. I would not exercise any right not given to me by the Turkish people. I am not a despot or a dictator."

The president also touched on Ankara's request from Washington for the extradition of Gülen to face charges. Erdoğan said that when Joseph Dunford, U.S. chairman of joint chiefs of staff who visited Turkey earlier this week, asked for evidence for accusations against Gülen, Turkish chief of the general staff, Hulusi Akar responded: "I am the evidence."

Akar, who was held hostage the night of the overthrow attempt, said in his first testimony that among the coup plotters who captured him, Brig. Gen. Hakan Evrim, commander of the Akıncı 4th Main Jet Base, told Akar that "if you so wish, we can arrange for you to meet our intellectual leader, Fetullah Gülen."

More evidence is mounting as high-profile witness accounts and testimony from military officials and coup plotters emerge, pointing to Gülen and his followers as culprits.

As for his visit to Russia to meet his counterpart Vladimir Putin on Tuesday, Erdoğan stressed the trip's importance, saying: "Us standing shoulder to shoulder is important for the region."

Russia and Turkey are coming out of a tense period in bilateral ties following the downing of a Russian jet by Turkish military aircraft in November last year. Tuesday's visit will mark the first time the two leaders will meet face to face.